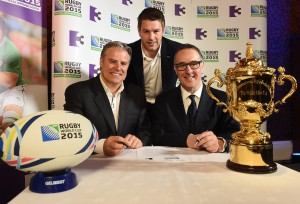 Ireland has moved up to second place in the World Rugby Rankings for the first time since they were introduced in 2003. And having recently beaten Wales and Scotland, the Irish squad are in a positive mood as they gear up for the Rugby World Cup in England.

“All 48 games of Rugby World Cup 2015 will be live across TV3,” reveals Kieran Holden, the Irish broadcaster’s group head of sport. “Everyone at TV3 is very excited, it is the first time that the organisation has taken on a project of this size and the planning started almost 18 months or so ago. TV3 has made the transition to HD in time for the tournament.”

“We will be receiving the world feed for most of the games, which includes the score clock and RWC bug, but we will have our own cameras shooting material for analysis and other uses,” says Holden. “In addition, for some of the matches, we will have all the cameras from ITV, the Host Broadcaster, ISO’d to our production team in Dublin. And on top of that, for all the games that involve the Ireland national team, we will have our own cameras at the grounds to tailor our productions for the Irish audience. Graphics will be added back at our base in Dublin.” 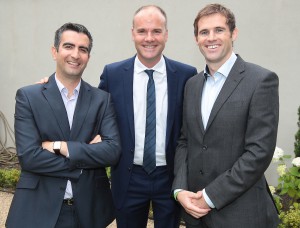 Investment has been made in TV3’s HD Studio, including the biggest set that has been used by the broadcaster for sports programming. This set consists of two defined areas and allows the presenters and panellists to be more engaging. Those panellists include Ex-Ireland and Lions hooker Keith Wood, former Scotland and NSW Waratahs coach Matt Williams, three time European Cup winner Shane Jennings and Peter Stringer, who was capped 98 times by Ireland, helping them to Grand Slam success in 2009.

As well as covering matches, TV3 will be producing highlights shows and ‘real time replays’ of the biggest games of the RWC. These will air on 3e – the free-to-air general entertainment channel aimed at the 15 to 35 age group. “This will enable us to give a sense of ‘Rugby 24-7’ across the weekends. These real time replays will air late nights and early mornings ensuring fans don’t miss any of the big match action,” states Holden.

TV3 will also broadcast The Sin Bin, a Thursday night prime time magazine show focusing on the fun of the Rugby World Cup with ex-players and well-known faces from Irish public life, including actors and comedians. The aim is to be light hearted and have a good craic (lest anyone be unaware, that’s an Irish word for fun/enjoyment!).

“We will have a crew based with the Ireland camp, reporting into TV3 programming every day of the week. I expect our crews will grow to love the UK’s M4 motorway as Ireland move between the London venues and Cardiff’s Millennium Stadium!”

TV3’s online offering will be considerable, with access across 3player – its online viewing portal and app – as well as social media channels and a dedicated microsite at www.tv3.ie/rwc.

Holden concludes: “The Irish public is very rugby-savvy these days, probably more so than the other European nations, if not the rest of the world. We want to entertain, but also be intelligent in our analysis, and we want to appeal to the die-hard fans as well as those with a passing interest in Rugby. As with everyone in Ireland we hope that 2015 is their year, ranked second in the world and back to back Six Nations titles, expectation is higher than ever before.”