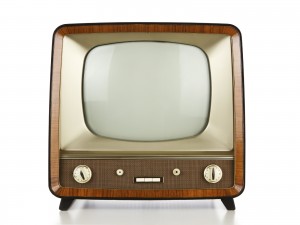 More than a quarter of British consumers (13.9 million or 27% of the adult population) subscribe to video streaming services like Netflix and Amazon Video, according to research published by YouGov and Zuora, a provider of subscription commerce, billing and finance solutions. The rising popularity of these services has a huge effect on TV viewing habits, as almost half (6 million or 43%) of subscribers said they now rarely watch ‘normal TV’ (broadcast TV) anymore — that’s 12% of the UK adult population. Looking only at millennials aged 25-34 that subscribe, this number increases to almost two thirds (58%) of subscribers.

The UK-wide study, conducted for Zuora by YouGov, demonstrates the rising preference among UK consumers to pay a recurring fee for ongoing access to video on-demand content, as opposed to buying discs or large channel bundles. This trend is especially evident among 16-24 year olds, as nearly twice as many subscribe to video streaming services as they do to cable or satellite services (44% vs. 26%). In contrast, it is the other way around for 45-54 year olds (23% vs. 49%), showing that the video streaming trend has yet to catch on with the older generation.

Netflix is by far the most popular video streaming service in the UK with 12.4 million subscribers (24% of the UK adult population), followed by Sky Go (7.2 million or 14%), Amazon Video (6.7 million or 13%) and Now TV (3.1 million or 6%). On average, UK subscribers spend £17.53 per month on video streaming services, which may suggest that many sign up to multiple services simultaneously due to a lack of price and content options which would suit subscribers’ more individual viewing needs.

However, this number is, at least momentarily, still dwarfed by the average monthly spend of £60.83 on cable or satellite services, showing that the likes of Sky or Virgin still charge a flat fee for large channel bundles, as opposed to offering multiple, more tailored content packages at different price points.

The research also found that almost one third (4 million or 30%) of Brits who subscribe to video streaming services don’t plan to ever buy a DVD or BluRay again. This consumption shift, from products to subscription services, has far-reaching implications on our daily lives.

Almost two thirds of subscribers (59%) said the likes of Netflix, Amazon Video and Now TV have become an integral part of their lives. When asked about the benefits of video streaming, Brits overwhelmingly cited the ability to enjoy films, shows and series in a way that suits them (81%), discover new content suited to their taste (75%), and stream video on multiple devices (56%).

As video streaming services rise in popularity among consumers, they reap huge revenue benefits, but subscription business models also allow them to enter a direct relationship with their customers. Millions of plays a day, including when you pause, rewind and fast forward; as well as user ratings, searches, geolocation data, viewing times, device information and social media feedback – all paint a very clear picture of what viewers like to watch. This helps streaming services assess the viability of their content and membership strategy, and price and package services to sign up even more subscribers.

However, video isn’t the only industry in the Subscription Economy® in which consumers see the benefits of subscribing as opposed to buying products outright. Brits also subscribe to media publications (17% of the adult population), software and online storage (15%), financial services (12%), music streaming like Spotify and Apple Music (10%) and food and drink services (5%).