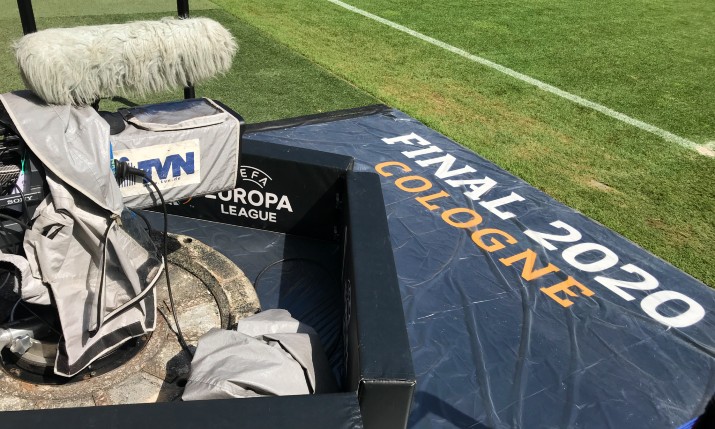 In an exclusive Q&A, key personnel from TVN Mobile Production discuss the company’s role at the UEFA Europa League Finals tournament in Germany where it helped UEFA to produce the host broadcast world feed and deliver unilateral services on-site.

Four months after UEFA announced the suspension of its 2019-20 competitions due to the coronavirus pandemic, the federation’s elite club competitions returned to play in August with a series of straight knockout tournaments played at neutral venues in Portugal (Champions League), Germany (Europa League) and Spain (Women’s Champions League).

The Champions League came to its conclusion on Sunday 23 August while the Europa League finished on Friday 21 August at Cologne’s Stadion Köln in a game that saw Sevilla beat Inter Milan 3-2 to claim the trophy for the sixth time. The Women’s Champions League final takes place on 30 August.

In mid-June, the UEFA Executive Committee decided to play the Europa League finals in the North Rhine-Westphalia, a region with several suitable stadiums, transport infrastructure, hotels, and training facilities.

The matches were played in four venues: the Arena AufSchalke in Gelsenkirchen; the MSV Arena, Duisburg; the Düsseldorf Arena in Dusseldorf; and Stadion Köln.

While UEFA acts as the host broadcaster at the Europa League Final, the local rights holder for matches played in previous rounds is typically tasked with that responsibility. This year, TV production came fully in-house with UEFA taking control of host broadcast operations and Hanover-based TVN Mobile Production being appointed as a supplier to help produce the world feed and provide unilateral services for all the matches on its behalf.

Ahead of the final, SVG Europe spoke to TVN Mobile Production’s project coordinator and head of production Wolfgang Peiss and its head of sales Bastian Berlin about the work the company did and the challenges it faced.

SVG Europe: What facilities and personnel did you provide for UEFA’s host broadcast coverage of the UEFA Europa League Finals 2020? 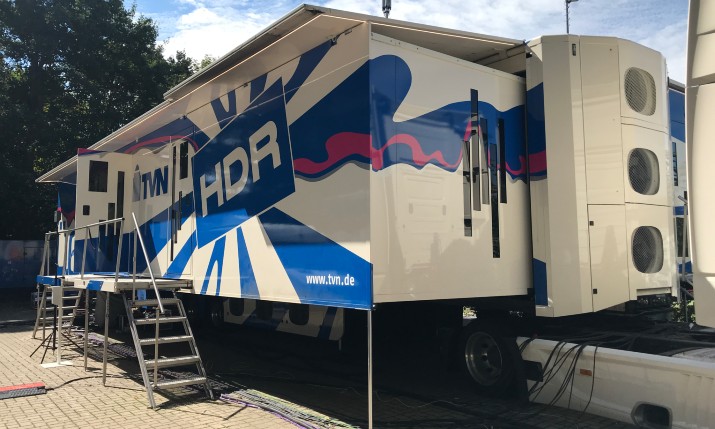 The implementation of this project, including the technical crew as well as the project coordination, was handled almost exclusively by our own, permanently employed personnel. For editorial and creative, we put together experienced teams from across the sports production market.

In addition to the pure OB service, we also provided the complete power for all TV compounds as well as the commentator monitoring with commentator stations featuring either ISDN or ADSL.

The crew catering, lighting and production vehicles were also our responsibility. We were on-site in every stadium with up to 75 employees, from the director to the production manager, camera and replay operators and many more. From the semi-finals onwards we worked in Düsseldorf and Cologne with two OB vans and had two crews to cover any disruptions.

Did the production set-up change for different rounds and if so how?

What was added to the coverage to compensate for the lack of supporters and atmosphere in the stadiums and how was it incorporated into your set-up?

The missing fans were acoustically added by the so-called crowd atmo. This virtual crowd audio was produced in real-time by Sky Germany and sent back to our TV compounds via fibre. We then made the fake atmosphere available as individual audio tracks within the world feed. The rights holder could then choose whether they broadcast the signal with the original atmosphere or the virtual crowd sound.

UEFA’s Return to Play protocol included medical and operational obligations for all parties taking part in and/or organising UEFA matches. What did you and your team have to do in order to implement them and ensure they were adhered to?

There were strict guidelines from UEFA to be observed on-site in the stadium. Mouth and nose protection is only one example. Key personnel working near the coach benches, the substitute players and/or the changing rooms had to undergo a UEFA-organised COVID-19 test 48 hours before each match. By using scanners, all areas in the stadium were carefully controlled and monitored to allow access to the individual zones.

Both the UEFA Champions League and the UEFA Europa League are renowned for pioneering new technologies and techniques. Were you able to introduce anything new or different for the finals tournament this year?

At the final in Cologne, for example, we used our TVN Live-Copter drone as a special camera to provide high-quality aerial perspectives outside the stadium. We also had a high-speed mini cam on a remote arm behind each goal.

What were the main challenges that you faced when preparing for the finals tournaments and how did you overcome them?

There were two main challenges in this project. Despite a short lead time and corona-related limitations, a high-end production had to be realised. Thanks to structured planning, a good network and our extensive experience in the implementation of large productions for UEFA, we were able to implement the project in a targeted manner.

We had already been able to gain a great deal of experience in the Bundesliga in recent months with the Corona-related regulations. Nevertheless, we would like to take this opportunity to praise our production crews for the disciplined implementation of the hygiene guidelines. 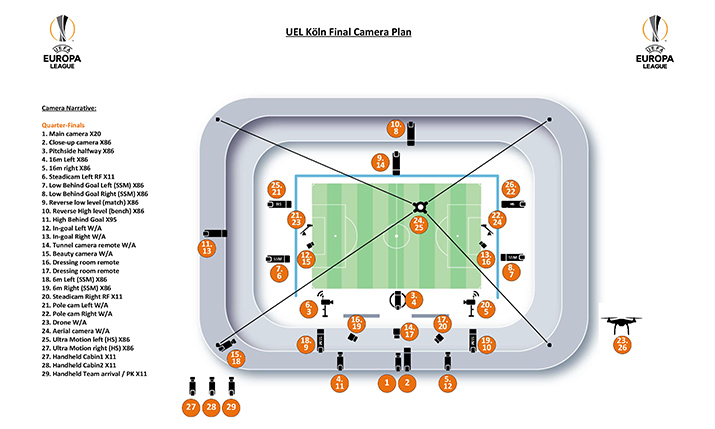