UEFA Nations League ready for action: but what is it and how does it work?

On Thursday, world champions France help kick off the inaugural UEFA Nations League against Germany, the start of a six days of action that also includes England v Spain and Portugal v Italy. 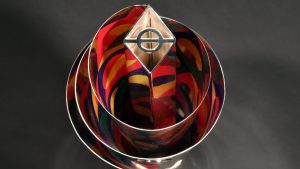 The UEFA Nations League is a new national team competition that replaces friendlies with competitive matches, allowing nations to play against equally ranked teams. The four group winners of the top-ranked League A qualify for the UEFA Nations League finals in June 2019. For the remaining sides, there is promotion and relegation to play for, and a potential route to UEFA EURO 2020.

The 55 associations were split into four Leagues according to their position in the UEFA National Team Coefficient Rankings. A draw was held in Lausanne on 24 January to further divide each League into groups of three or four. Teams play each other home and away in September, October and November. The group winners in Leagues B, C and D gain promotion and those who finish bottom of the groups in Leagues A, B and C are relegated. The next season is 2020/21.

The four group winners of League A qualify for the UEFA Nations League finals next June. The knockout tournament will be hosted by one of the quartet, with the draw in early December 2018.

EURO qualifying initially remains largely the same, at least until the play-off round. Previously contested by teams finishing third in their group, now that stage will involve the 16 UEFA Nations League group winners (or, if they have already qualified, the next best ranked team in their league).

Matchweeks are below, though teams in Leagues A and B only play on four of them – they have friendlies on the other dates.