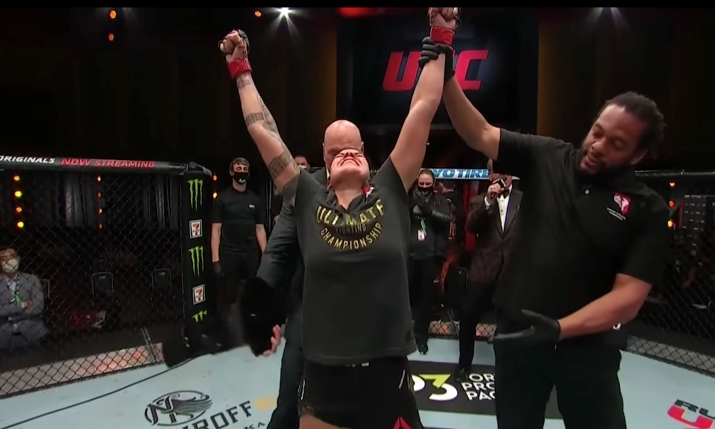 Ahead of the highly anticipated UFC 250: Nunes v Spencer fight in Las Vegas, UFC has stated it has strengthened its multi-platform content offering by teaming up with cloud video platform, Grabyo.

Using a combination of archive footage and real time clips, UFC created an engaging content journey across its digital and social channels leading up to UFC 250: Nunes v Spencer.

The promotion leveraged its archive to deliver high impact previews of the main event, the women’s featherweight title bout, across its social channels. Featuring compilations of the best moments from two-division champion Amanda Nunes and title-challenger Felicia Spencer, UFC was able to build anticipation and drive tune-in to the event.

Additionally, UFC utilised Grabyo to deliver near-live clips of the weigh-ins. Creating live content experiences drove engagement with fans by adding a more dynamic and real time element to the build-up, while bringing fans closer to the spectacle heading into fight night.

UFC’s most popular clip of the night, featuring Sean O’Malley’s walk-off after his KO on José Alberto Quiñónez in their Bantamweight fight, reached 3.5M views and reached 6.1M people after being distributed in moments using Grabyo.

As a global brand, UFC’s regional teams were able to share, recycle, and optimize clips for various platforms in multiple languages. Each team used Grabyo’s geo-targeting features to ensure the content was highly-targeted by location. Localizing clips gives UFC the advantage to tailor its content across each market.

Mike Kelley, President of America at Grabyo, commented: “Working with such a forward-thinking and innovative team at UFC is a real pleasure for Grabyo. We’re proud that our platform has enabled its digital team to sustain the industry-leading level of quality during a challenging period. UFC has always been ahead of the curve in content creation & distribution. The expectations of sports fans has shifted, they now expect more behind the scenes access and ‘raw’ content from athletes, in place of live action for many sports. UFC has always put this level of authenticity at the heart of everything it does, and with Grabyo’s platform, it will be able to keep pushing the envelope moving forwards.”

David Shaw, UFC Senior Vice President of International & Content, added: “UFC utilizes Grabyo’s platform to distribute compelling content to our global fanbase. Since beginning this partnership in January, UFC has seen great success with our overall social strategy by creating new digital experiences for followers. We’re excited to continue to elevate UFC’s presence by using the tools provided to us by Grabyo.”