Gang culture in the UK and its similarity to football tribalism is being explored by Ultimate Football Fan (UFF) in a new documentary coming out this week, titled Tackling Gangs. 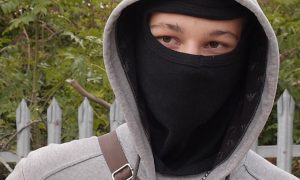 Speaking out about gang life in UFF’s Tackling Gangs

The first of a new, gritty documentary series coming out of UFF, Tackling Gangs is launching this Wednesday 27 February on both YouTube and Amazon Fire. Tackling Gangs looks at the problem of youth violence, and how the tribal world of football can be both a way out and alternative to that life through its strong influence on young people, allowing them to move forward down an inspiring road.

UFF was founded by Robbie Lyle, head of Arsenal Fan TV. Brett Lotriet Best, managing partner at UFF, commented on Lyle’s thinking behind UFF’s creation: “Arsenal Fan TV is too specific; [Robbie] realised we needed a brand that can go across the Premier League and all clubs.”

He continued: “UFF is a place where you can have an aggregation of clubs. The talk before, during and after a game I the most important part, but now we also create talk and reality shows. The call for what we are providing is massive.” 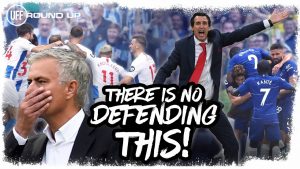 UFF is billed as, “the global voice for the fans of football”. It is an app that brings together, “the biggest voices in the football conversation”, including: Arsenal Fan TV, United Stand, 100% Chelsea, XY Spurs, Football Terrace, Football Banter Show, Have Hope and more. There are three main feeds in the app: UFF News feed has two daily shows, with UFF Daily in the morning, and FanPark NEWS in the evening; UFF Live for live shows post major English Premier League matches, where fans can also join in; and UFF Xclusive, for UFF documentaries, reality series’ and videos made exclusively by and only through UFF.

UFF’s first reality TV show, Blud Bruvvas, launched last year and the second series is on the way. It follows Arsenal Fan TV’s very own football team through their trials and tribulations.

However, Best commented on UFF’s decision to go into the hard-hitting documentary track. “We felt fans really wanted a real, unpolished, authentic voice of football, as a choice other than Sky Sports and BT Sport.”

Best went on: “How do you make great football content with gravitas? How deep can we go in entertaining from a sports point of view? We’re looking at making compelling sports content. You can sense the reality around you with what we’re producing. We’re aren’t Sky Sports or BT Sport. But the unpolished style tells you what you really want to know, with no embellishments,” added Best. 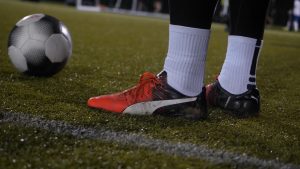 Says Best: “Football is also seen as a place where hooliganism and tribalism starts”

“Football is the ultimate human drama,” Best continued. He says football impacts us socially, noting that in his homeland, South Africa, the game is as popular as it is here in the UK: “In South Africa and Africa, there is almost a religious fervour around the game. In the UK it’s tribal, it’s in the blood. It’s just stupendous, the drama football holds. It’s a way to escape circumstances, a way out, and no matter where you are in the world you can put a ball down and play.”

On the flip side, Best observed there is a dark side to the beautiful game, and that is what has led to the creation of Tackling Gangs. “Football is also seen as a place where hooliganism and tribalism starts. It operates in the same way as gangs operate, which we cover in the documentary, but at the same time, football also has the ability to reach and engage audiences in a way no other sport can. Football is almost a matrix that allows people, especially men, to get together and talk.

“That’s the reason we’re going down this route,” added Best. He said football is about a lot more than just the physical game itself, “it’s like saying [the TV series] Grey’s Anatomy is about medicine; it’s not”.

“From a content point of view, this is very fertile ground for telling exciting social stories. It’s not just for the hardcore football fans. It’s seeing through the lens of the world socially, economically and politically, through the lens of football.” 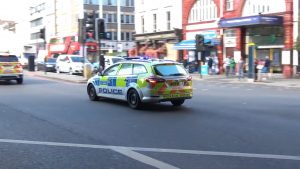 Said Best, one of the catalysts for Tackling Gangs was Bobby Kasanga, who established Hackney Wick Football Club in 2015 after leaving prison. The club, who’s members are also known as ‘the Wickers’, was not set up to be a regular club; its ethos is based on community engagement and uniting local diverse groups, as well as battling peer pressure and tackling gang influences. Everyone that joins has to agree to do a set amount of voluntary work in Hackney each month. It engages almost 200 youths and 70 adults through its training, fitness and football matches, with youth teams plus sessions for children with additional needs, as well as two adult teams. It offers educational workshops, sporting opportunities, mentoring and access to work routes. Ultimately, it is designed to actively engage with those already involved in gangs, those on the brink of gang life and those who might not be aware of the threats out there.

Another key person in the documentary is Jasper Kain, director of Football Beyond Borders. He uses football as a way of engaging young people and from there, runs classes. “Football is the starting point,” noted Best. “Football operates in a similar way that gangs do,” he went on. “You see the colours and you know they’re with us, for both football teams and gangs.”

A person who’s voice is featured in the documentary is Sam Harris, author of The End of Faith, who in a the ‘Waking Up Podcast: Sam Harris and Deeyah Khan: Conquering Hate’ speaks with Khan about the jihadi world view and how joining gives young men a gang-like experience. Khan, an award winning filmmaker, said that in her research, many of the followers in the jihadi world were not particularly religious; instead they were driven by a, “sense of alienation,” with “emotional and psychological vulnerabilities,” and that the jihadi world is able to satisfy that need to be part of something.

Following on from that, Bob Singha, a master youth coach, speaks from his experience of the “an expression of power and certainty and confidence,” that supporting your football club provides, and how that led to aggression and violence, and a version of hyper masculinity that results in a gang mentality. 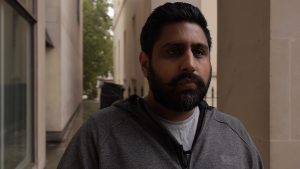 As Gwenton Soley, government advisor, said in the programme, “the biggest religion in this country is football”. He added: “A lot of the time people don’t understand that there’s a massive link between football hooliganism and gangs, or urban gangs”.

The documentary goes on to look at cuts in Metropolitan police since 2010, cuts in youth services over the same period, and the simultaneous rise in violent crime. In conclusion, the documentary explores the great work of the likes of Kasanga and the Wickers.

The fight is by no means over.