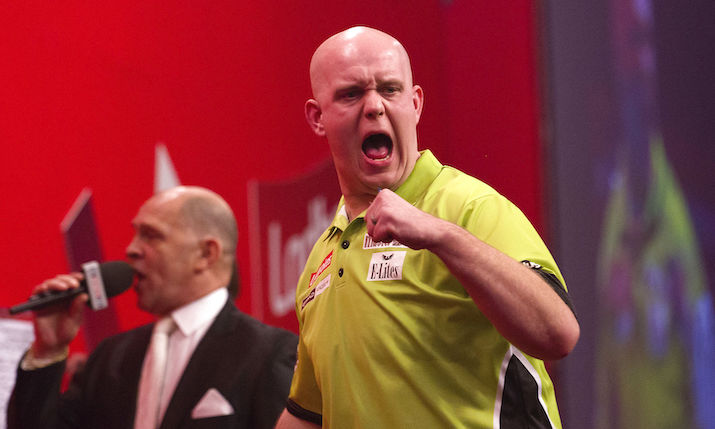 Viaplay and the Professional Darts Corporation (PDC) are partnering to organise the Dutch Darts Masters in June. Dutch three-time PDC World Champion Michael van Gerwen and reigning World Champion Peter ‘Snakebite’ Wright will join a world-class line-up of darting superstars at Amsterdam’s 17,000-capacity Ziggo Dome for the spectacular live event, which will be streamed live and exclusively on Viaplay in the Netherlands and nine more European countries.

The Dutch Darts Masters will be part of the PDC’s 2022 World Series of Darts and will bring the world’s best eight players face-to-face with eight Dutch qualifiers in a knock-out format. Darts enjoys huge popularity in the Netherlands and forms a key part of Viaplay’s local sports offering alongside Formula 1 and Bundesliga football, with Premier League football to come from August. The event will take place on 24-25 June.

Peter Nørrelund, Nent Group chief sports officer, said: “We’re proud to show PDC darts in the Netherlands, home to legends like Michael van Gerwen and five-time World Champion Raymond van Barneveld. Viaplay has a long-term commitment to the sport – one of our first-ever live broadcasts in the Netherlands – and we’re working with the PDC across our European footprint to reach as many fans as possible. The Dutch Darts Masters will be a great party and a showcase for Dutch darts at its best.”

Matthew Porter, CEO, PDC, said: “We’re excited to be bringing this event to the Ziggo Dome with our partners at Viaplay. We know the Dutch audience has a tremendous appetite for darts and can’t wait to see them turn out in their thousands to see the superstars of the sport.”

Viaplay’s coverage of PDC darts in the Netherlands began on 3 March with Premier League Darts Night 4, presented by Anne-Marie Fokkens with commentary from Jacques Nieuwlaat and Frank Vischschraper.

In addition to the Netherlands, Viaplay has a multi-year partnership with Matchroom Sport, owner of the PDC, that covers nine countries.