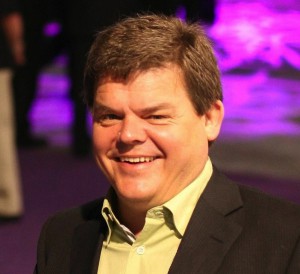 Vitec Videocom has revealed that it is evolving its structure: to put the tools and technologies developed for professional broadcasters and cinematographers into the hands of a growing community of independent content creators. The company’s push to democratise some of its high-end technology will be supported by a new management team and organisational structure.

“Every now and then we take a good hard look at where the video industry is going and how we fit in that picture,” said Matt Danilowicz, CEO of Vitec Videocom. “The DSLR video revolution and the explosive growth of live Internet streaming has demonstrated that there is a whole new generation of filmmakers seeking new, affordable technologies that will help them create captivating content for new platforms. Videocom’s new management structure helps align us with this new movement so that we can continue to innovate for both the professional video crowd and for this new wave of media producers.”

Vitec Videocom’s latest acquisitions are a testament to its desire to democratise cutting-edge technology. Teradek, SmallHD, and Paralinx, all part of the Division’s new Creative Solutions business unit, are well-known as trailblazer. Some of Videocom’s other premium brands, such as Litepanels and Anton/Bauer, have also embarked on this path, with the former developing new cost-effective run-and-gun lighting kits, and the latter integrating leading-edge battery technology into a new line of affordable broadcast and cinema products.

“Vitec Videocom is unique in that it combines legendary brands that have been around for decades with young upstarts that grew out of this new generation of media creators. Like our brands, I have put together a management team that has years of video industry experience, but also the pioneering spirit of entrepreneurs. This new structure will help us continue to equip and inspire videographers far into the future, with the same commitment we bring every day to the world’s largest broadcasters, film studios and production companies.”

The Division’s new structure will be split into three core business units, capitalising on brand synergies.

Nicol Verheem, a former GE engineer and founder of Teradek, will head Creative Solutions, which consists of Teradek, SmallHD and Paralinx.