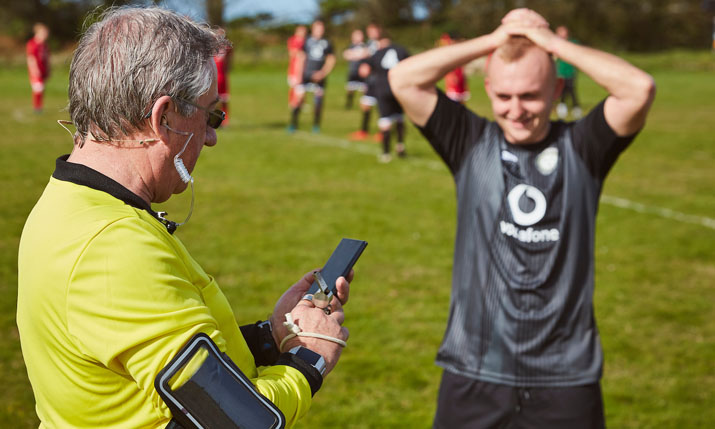 Vodafone’s new 5G network on the Isles of Scilly has been used to introduce Fan-Assistant Refereeing (FAR) to live football coverage.

The network, which launched on 3 July, enabled fans around the Isles to receive a live Facebook stream of the opening game of the season between Garrison Gunners and Woolpack Wanderers, the two members of the world’s smallest football league.

Viewers then voted on controversial match incidents to help the referee make decisions.

In total, 10 supporters around the Isles, including a fisherman, a young couple and a woman working in a local pub, were equipped with Samsung S10 5G handsets to watch the live stream.

They each received a live stream of the match, and were able to review incidents just after they happened. Instead of catching up on the ref’s decisions after the game, supporters on the main island of St Mary’s were able to have their own say on several fouls, a disputed goal, and two contested penalties as the game was being played. 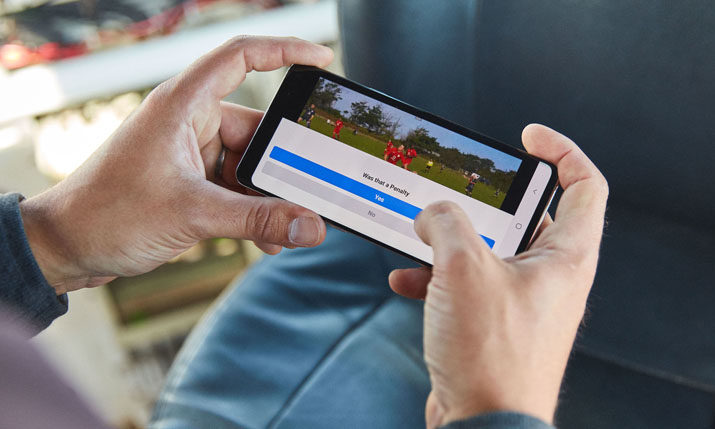 Talking to SVG Europe, Pete Rodriguez, senior manager for 5G programme delivery at Vodafone UK, said: “We covered the football pitch with eight more Samsung S10 5G smartphones and using 5G transmitted the footage from the pitch to the only mast on the island, which is 2km from the football pitch. It was sent from the mast to a producer who edited the live stream for the fans. We also used two broadcast cameras on RF, but they kept dropping out.

“The network, which is using the 2100Mhz spectrum on the Isles, was used twice simultaneously, with images sent from the pitch to the mast and then out in the live stream to fans. This test proved that 5G was very solid, and we can see it working for both broadcasting and crowdsourcing in the future,” Rodriguez added.

Following a quick online vote, fans’ decisions were relayed to Paul Charnock, the match official and former first division linesman, at pitchside. The Woolpack Wanderers won the match 4 – 3, with only minutes to spare.

Noted Rodriguez on where this FAR-style system could be used in the future: “I could certainly see this technology being used for streaming live [sports] in areas with high numbers of people [such as stadiums], and in fast sports like Formula 1.”

Meanwhile, chairman of the Isles of Scilly Football League, Anthony ‘Gibbo’ Gibbons said: “I have never seen the referee so happy after a game. He was empowered by the other islanders to make bold decisions, and not always in my team’s favour! Vodafone’s involvement with the league has got everyone excited.” 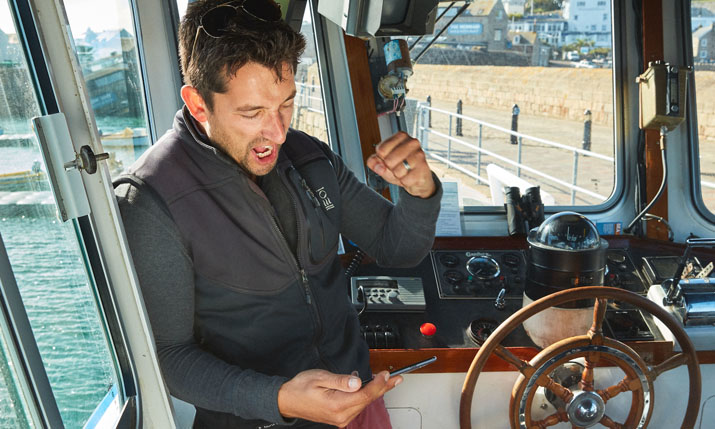 FAR takes the Isles of Scilly fishing community by storm

Following the success of the world’s first 5G-enabled FAR test on the Isles of Scilly, Vodafone will now work alongside local businesses looking to boost tourism on the islands. 5G connectivity will enable them to show HD videos and 3D images of the islands’ attractions to a worldwide, online audience.

Vodafone UK’s CEO, Nick Jeffery said: “This was great fun for the fans, and we’re very happy to have been the first network operator to take 5G to the Isles of Scilly. Vodafone has 5G in more places than any other network, with 77 towns and cities across the UK and Europe now live. Our commitment to rolling out our network to non-urban locations is very strong, as our recent Shared Rural Network agreement with the Government and other network operators proves. I’m very proud that Vodafone is travelling those extra miles to connect rural and isolated communities.”

Vodafone signed a two year 5G sponsorship agreement with St Mary’s Association Football Club in June this year. The club manages the Isles of Scilly football league and is a prominent focus for the local community. The two teams play each other around 20 times over a season as well as in a number of cup competitions.

Vodafone already has a close association with the Isles of Scilly having launched 4G on St Mary’s in 2016 as part of its rural rollout of the technology. Earlier this year, Vodafone tested 5G working at high speeds in Hugh Town, the island’s administrative centre, and across the football pitch two kilometres away from the only mast on the island.

Under this new partnership, Vodafone helped to redesign St Mary’s Association Football Club’s team shirts and is helping the league to develop a new identity to appeal to a wider audience. This includes a revamped social media presence and improvements to the clubhouse facilities which are also used by other members of the community.