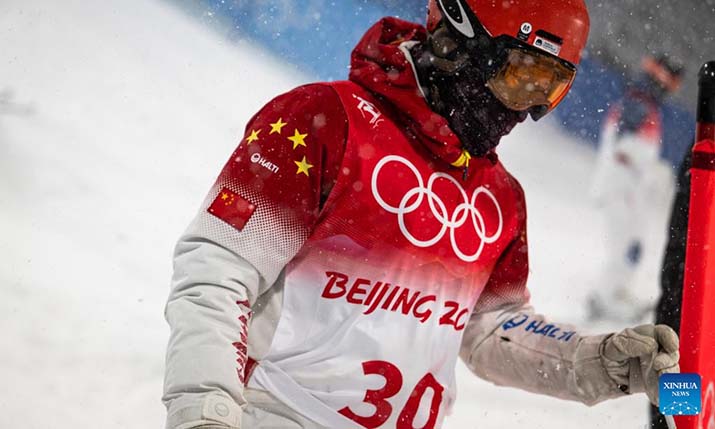 Fans of winter sports across Europe will be able to enjoy the very best this season, with every major World Cup and World Championships event available to watch across the Warner Bros. Discovery Sports network.

With up to 600 races and 3,500 hours of winter sports action (excluding Switzerland) to be broadcast over the next six months on discovery+, Eurosport and Eurosport App, fans will have access to the most comprehensive coverage available,

Warner Bros. Discovery’s digital platforms, including Eurosport.com and its social platforms, will give fans the opportunity to experience the action live and on-demand as well as enjoy deeper analysis from its network of winter sports ambassadors, who will offer their insights exclusively throughout the season.

For the 2022-23 winter sports season, Warner Bros. Discovery has appointed a host of experts who will lend their thoughts on the key talking points in their respective disciplines as well as offering insights exclusively to fans watching on its linear and digital platforms.

The winter sports season kicks off with the opening round of the FIS World Cup in Soelden, Austria with a women’s and men’s giant slalom while the FIS Ski Jumping season starts on 5 November from Wisla, Poland.

February and March are set to be the biggest months on the calendar for winter sports fans watching on Warner Bros. Discovery Sports platforms with the Alpine World Ski Championships taking place in Courchevel Meribel between 6 to 19 February 2023 followed by the Nordic World Ski Championships; Planica, Slovenia between 22 February and 5 March 2023.

Scott Young, SVP content and production at Warner Bros. Discovery Sports, said: “We have a rich history of telling the stories of winter sports athletes and our heritage of broadcasting the world’s biggest events for more than three decades means we can continue to attract the biggest heroes and former stars of the slopes to help bring these stories to life and deepen engagement with our viewers.

“Building on our biggest ever winter sports season, where we engaged record audiences around every unmissable moment of the Olympic Winter Games and offered the greatest choice of live events of any broadcaster throughout the season, we are looking forward to combining our unrivalled scale, deep winter sports expertise and storytelling ability to unlock the power of skiing, ski jumping and snowboarding and every other major winter discipline for fans across Europe.”

Warner Bros. Discovery Sports, via Eurosport, first broadcast winter sports events in the year of its formation in 1989, and its continued approach to year-round storytelling contributed to record numbers consuming this year’s Olympic Winter Games in Beijing. More than 156 million Europeans visited Warner Bros. Discovery platforms during Beijing 2022, where it was presented in 50 markets in Europe, with over a billion streaming minutes consumed across discovery+ and Eurosport.