“We want to be the number one media service provider in the world”: MX1’s CMO and Head of Sports BU, Elad Manishviz, in conversation 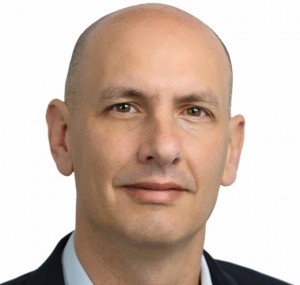 In February 2016 SES Platform Services and RR Media confirmed their intention to merge with the objective of creating “a world-leading global media solutions provider”. Five months on and the union has been confirmed, with the new combined company to be known as MX1 and IBC 2016 scheduled to be its first major international showcase.

In a release dated 6 July, MX1 was said to leverage “the capabilities and infrastructure of both companies to create a full suite of innovative digital video and media services”. These include an extensive range of video and media solutions delivered over satellite, fibre and Internet.

Full continuity and enhanced services to all of SES PS’s and RR Media’s will be offered by MX1, which as a result of the merger will now offer more than 1,000 TV channels, manage the playout of 440 channels, and deliver syndicated content to more than 120 leading subscription VOD platforms. The new company has 16 offices worldwide and operates six global media centres, enabling customers to reach billions of people around the world.

Commenting at the time of launch, former RR Media CEO and now CEO of MX1 Avi Cohen remarked: “This is an exciting day for us as we introduce a new company to the industry and our new brand name and logo. MX1 enables new richer viewers’ experiences, the widest audience reach, and new business models for broadcasters, rights holders, sports organisations and distributors. We deliver these experiences like no one else, with unrivalled expertise, an unmatched range of capabilities, proven flexibility, and an enhanced global presence. This merger allows us to scale-up on a global basis and become the world’s leading media services provider, delivering next-generation digital video and media solutions to our worldwide customers. Closer to them, wherever they are, we enable them to optimise their media and deliver it to global audiences like never before.”

Shortly before the completion of the merger was announced, former RR Media CMO and now CMO and head of sports at MX1 Elad Manishviz sat down with SVG Europe to discuss the implications of the union, current activities in sports broadcast, and future plans…

How would you describe the expectations of the new merged company?

In particular, I predict a lot of demand for point-to-point and point-to-multipoint delivery. Interest in second screen viewing is continuing to grow all the time. Enabling the user experience [all-round through various viewing options] is the focus of the new company we are creating.

How would you assess the current demand for the global media services platform that you offer, solaRR?

Growing all the time. It really strikes a chord with those customers who want to ensure that they are meeting changing requirements. I expect that we will be able to talk in more detail about our achievements here in the coming months. Suffice to say, we are close to some announcing some deals with a number of major customers.

Prior to the merger, RR Media announced an extension of the partnership with the NFL…

Yes, we have a very long-term, significant partnership with them. The services that we offer include: global live HD distribution in Asia, Europe, and South America, through RR Media’s smart global network with optimised delivery over satellite, fiber and the internet; live content localisation; handling multiple audio versions for live broadcasts; content processing; frame rate conversion from US standard to Asian/European standard; audio recreation of Dolby audio for up to eight simultaneous games per week; managing NFL content and other media assets for later use in video highlights packages; and monitoring and reporting.

How would you describe your overall strategy with regard to sports broadcast?

On the sports side our focus is mostly on the media rights holders and how we can maximise our position [in terms of delivery of] content on a global basis. We can bring our strength to bear and leverage our capabilities to see what we can do for them.

Finally, what is your view on the likely trajectory of the two fastest-emerging technologies of the moment – 4K and IP?

I think this will be a key year for 4K in sports particularly as a lot of rights holders are now producing content in the format and trying to create a market for it. The business model is not entirely established yet, but I think that will change this year. The technical standardisation will also become more mature. IP production will also become more of a trend, not least for the options it will offer to add more content at a local level.