What does Belden acquisition of Grass Valley mean for Europe’s broadcasters? 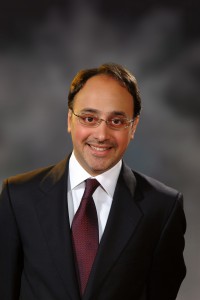 At the BVE show in London SVG Europe sat down with Said Bacho, senior vice president EMEA at Grass Valley to discuss the biggest industry story of 2014 to date: the announcement in early February that Belden is to acquire the Grass Valley business for $220 million and merge it with Belden-owned Miranda under a single brand – Grass Valley. The new business will be led by current Miranda president Marco Lopez. Grass Valley’s portfolio of vision mixers, cameras, servers and editing systems will be teamed with Miranda’s fibre, playout and automation, master control, monitoring, multiviewer, routing and signal processing solutions.

Belden is purchasing Grass Valley from private equity firm Francisco partners, which acquired the business from Technicolor in July 2010 for $100 million. The binding offer is subject to consultation with Grass Valley’s labour works council, after which the two companies will enter into a definitive agreement expected to close by March 31.

What’s the current situation, following the announcement of the acquisition by Belden last month?

Bacho: Belden has put forward a binding offer to buy the business from Francisco Partners. We expect the transaction to close by the end of March. Until then, we are running on a business-as-usual basis. Nothing has changed in terms of outcomes for the customers and the way we run our business.

Now at NAB we’ll still have two stands, because both had already been booked. But there will be unified branding and hopefully by then the transaction will have been closed and we are one combined company under Belden Corporation.

The important aspect of this merger, as compared to some other mergers, is that there is little overlap from a product line perspective between Grass Valley and Miranda. Both complement each other quite well — except maybe one single aspect of playout really, channel in a box playout. You could narrow it down to that, and everything else is complementary. So it’s a nice fit and I believe customers who are working with one or the other or both companies today can only benefit from such strength and end-to-end solutions coming from one company.

If you look at the market today, there aren’t many half a billion dollar players out there on the broadcast side. Of course Belden has a long history and is very solid and stable, a public stock exchange corporation and very well established. We couldn’t have hoped for a better home.

Especially as Belden is already in the technology business, and the broadcast business – rather than it being another financial play?

Bacho: Absolutely. Being part of a private equity firm, you know that after three years they need to find a buyer. That’s how it goes. Belden is a strategic buyer. They are building a broadcast business, in which they have already invested $800 million over the last couple of years – including the $220 million for Grass Valley. This is a huge investment in the broadcast business. It’s a strategic acquisition, not financial.

Until the deal is closed and we announce plans to merge some of the teams or functions everything remains business as usual. When any such change happens then we have to communicate that to the external community. But even when this happens, customers will come first and we will be ensuring that it is a smooth transition.

Inevitably there will be some consolidation and efficiencies, that’s the nature of these acquisitions?

From an organisational perspective you would want your key talents and key functions to remain. Of course Miranda, traditionally, have stronger brands in North America and Canada – it’s a Canadian company, before Belden. The combined business will have its headquarters in Montreal. The company looks very favourably on the EMEA business, which, if you put them together, is a very large business.

What’s been the reaction to date from European broadcasters?

Bacho: We’ve had phone calls and emails from many of our customers and partners over the last couple of weeks. The reaction has been predominantly positive. The first message that came out from Belden was very clear: the Grass Valley brand is going to remain there; the CEO is Marco Lopez; the headquarters is Montreal Canada; and we’re going to merge the businesses in the best way possible for our customers. That was all clear from Day One.

I’ve been through many acquisitions; I think this was a very clear, up-front and consistent message and customers appreciate that. Of course we have to work on the details in terms of functions and organisation – but it was important, especially for customers in Europe, to give that clear message. We need to keep it that way!