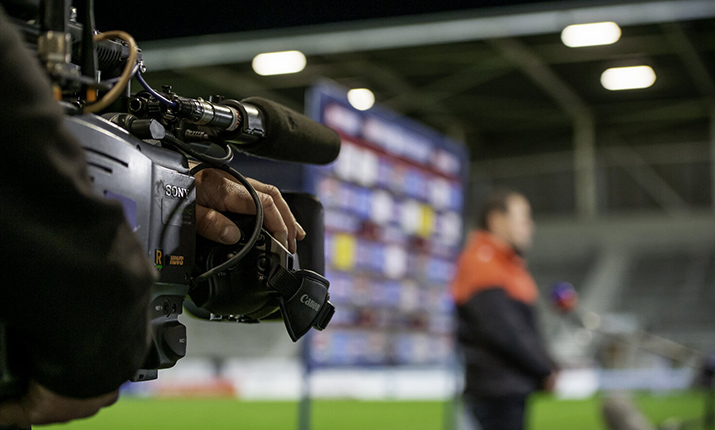 Rugby League World Cup 2021 (RLWC2021) has appointed Whisper as the host broadcaster for the tournament following an invitation to tender process.

The agreement includes full delivery of broadcast production, distribution and rights-holding broadcasters’ facilities and service requirements for the men’s, women’s and wheelchair World Cups which will take place simultaneously for the first time in the tournament’s 67-year history.

Over five weeks Whisper will be responsible for capturing over 4,500 hours of live sporting action featuring the hundreds of athletes who are taking part in the event and delivering a world-class broadcast and content experience to over 150 million people in over 100 international territories.

In unprecedented coverage in the UK, every RLWC2021 match will be shown live and free across BBC platforms, with a significant global reach through international broadcast agreements, digital channels and social output which will make the tournament the most viewed Rugby League World Cup ever.

In a statement, Whisper said that it will support RLWC2021 to “realise its ambitious and inclusive digital vision.”

The partnership will support the tournament in reaching a more diverse audience than ever before, attract interest in the sport, educate and create a new generation of heroes across the men’s, women’s and wheelchair tournaments.

Jonathan Neill, RLWC2021 commercial director said: “Whisper demonstrated a clear commitment and ability to interpret and apply the strategy of Rugby League World Cup 2021 to broadcast production. Both organisations share the vision to deliver the biggest and best Rugby League World Cup ever, and via utilising technology and Whisper’s storytelling we will provide engaging content to both existing and new audiences.

“Whisper’s desire to be bold and brave and embrace the inclusive values of the tournament shone through in the tender, alongside an appreciation of the commercial integration opportunities which will help us deliver a profitable tournament.”

Mark Cole, Whisper managing director added: “For five weeks from 23 October 2021, 21 stadia across England will host the Rugby League World Cup, with 61 matches broadcast and streamed live. We’re delighted to have been awarded the host broadcast contract and look forward to working closely with RLWC2021 and the BBC to deliver this. Rugby League World Cup 2021’s mission is to ‘create inspirational moments that engage, excite and leave a long lasting legacy’ and we will be using our host broadcast expertise, storytelling skills and visual creativity to deliver this.

“We want to take the coverage of the Men’s, Women’s and Wheelchair World Cups into bold new territory, which will resonate with core fans as well as main eventers and make it the most viewed Rugby League World Cup ever.”