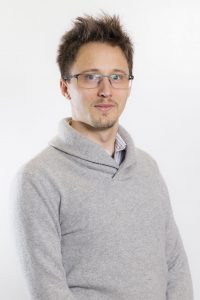 Live eSports events bring different challenges from traditional sports or live events, writes Cameron O’Neill, Riedel, director Asia Pacific. Games were designed to be played in isolation. Therefore, sound plays a vital role in the player’s ability to sense what is going on around them – something that isn’t a requirement in a sports arena with thousands of excited spectators.

These factors combine to create a challenging environment for audio engineers in esports events. This paper will examine these challenges individually and offer some real-world solutions.

The biggest element in the design of a live esports production is the player. These players are just as demanding as traditional athletes when it comes to having a suitable playing field.

A player’s audio experience has three main elements: the sound from the computer, the communications with teammates, and the noise from their surroundings (or the lack thereof).

Every player needs to hear what is going on in the game. It is worthwhile distinguishing between different types of games, because each has its idiosyncrasies.

The two main categories are Top-Down and First-Person. This relates mainly to the point of view of the player in relation to the field of play. A Top-Down game will have the game’s camera above the field of play, looking down. A player is usually controlling multiple ‘characters’ in this type of game, such as several players on a football team or a number of units in a strategy game.

A First-Person game is more related to playing a single character, usually through their ‘eyes’. These games are usually in the realm of shooter or racing games.

Top-Down games have a more static view of the field of play, and thus mono sound can be acceptable. However, First-Person games require the player to be aware of what is going on beside or behind them, and thus stereo is a requirement. In games with 100 players, this is a large number of audio sources.

This audio needs to be ultra-low latency. Even a few milliseconds of delay can be unacceptable to a player, especially in First-Person games.

Many games are also team-based, and practically every league-based game has some degree of cooperation between players. Alternatives for private games exist, but, in a competitive environment, this needs to be highly controlled.

The communications must also be as low-latency as possible while maintaining clarity. Judges and coaches are part of the communications loop, and, as with other sports, the broadcast-audio team would like to be able to broadcast the player’s comments directly to the audience. Considering that streaming can prove to be more lucrative than competition play, protection of the stream audience’s experience is critical.

Background noise is a relatively new issue for players. In a private environment, the surrounding noise can be controlled, but, in an arena setting, there are multiple sources of noise. The FOH PA will usually contain a mix of the game’s audio and a shoutcaster (commentator). The onsite audience also poses a significant noise source.

Solutions such as active noise canceling aren’t appropriate in arena environments. Active cancelation is usually centered on low frequencies but allows a degree of ‘speech band’ audio through. Thus, heavy-duty headsets (such as those designed for motorsports) are sometimes used. These can have poor audio quality, and players sometimes resort to using earbuds beneath the heavier intercom headsets for the game audio. This is undesirable because it can be uncomfortable in long events and also bypasses the event audio team.

A typical stream production will have all the elements noted above (game and comms audio) as well as a shoutcaster. Games are fast-paced, and, as a result, there is usually a team of two to three commentators per stream, providing insights and analysis of the action.

But, unlike with a traditional sports game, the shoutcaster is often also in the room, and their commentary is played out over the FOH PA.

Thus, the audio crew on a live esports event usually ends up resembling a hybrid of the crew for a live event (such as a rock concert) and a stadium sports broadcaster. There can be a massive number of sources, all of which need to be mixed simultaneously for both the onsite and the streaming audience.

However, there are games, such as some First-Person Shooter (FPS) games, that may deploy a ‘spectator’: a ghost player that acts as an in-game camera operator. Also, there can be unexpected incidents (think about a crash at an F1 race). If the audio team notices this before the video team, should they switch to it?

The audience also wants to hear the discussion between the teammates and their coach. But playing these private conversations through the PA can lead to the opposition’s hearing the tactics before they are played out. The balance between an engaging audience experience and a truly competitive environment can be a delicate one.

Leagues need to ensure that the games are played according to the rules. Sponsors and competitors alike require that games are played fairly. However, there are many ways audio can influence the result of a match. If an opposition player overhears team communications or if the shoutcaster broadcasts a tactic over the PA, it can swing the course of a game.

The league is responsible for maintaining the ‘fog of war’ that hides the teams’ movements from the opposition.

Similarly, umpires and judges need to monitor the sounds of the games and the team communications. Any hint of cheating needs to be investigated, and this can be detected mainly by monitoring the team’s communications.

Most leagues employ several methods to ensure a level playing field. The first is to have a larger-than-normal audio team, embedded in the judging and production team. By strictly controlling the audio, the league can limit the chances of cheating. Audio that is considered “safe” can be passed to the live or the broadcast teams, and it also offers a chance to filter out language.

These will usually involve a combination of audio-over-IP to handle the massive number of channels and the routing required. Instead of needing the audio engineer to route the audio to a judge, the judges can use a control interface to select their own audio.

Most leagues will also use a matrix intercom for the player’s audio. Matrices include features like IFB, allowing the mixing of the audio and communications. With little training, judges, shoutcasters, and other operators can learn to select and listen to any number of audio sources from their intercom panels. The judging team can also restrict the audio sources to the correctly authorised users.

Additionally, the choice of earphones for the players is critical. Typically, high-isolation headsets are used. By reducing the intelligibility of the ambient noises, interference from shoutcasters and audience members can be mitigated. In other instances, the league has created a sound-proof box on stage to mask the audio that is going to the players (negating the ‘live’ experience).

Other measures are also available. To prevent audience reactions from impacting gameplay, some leagues inject masking sounds into player headsets to distract players from the surrounding audio.

Many esports leagues will even outsource the management and operation of the audio systems. By removing their direct control from the audio, the league can guarantee that they are not impacting the gameplay: for example, by giving one team an unfair advantage and allowing them to win.

eSports is a large and growing field, and it is attracting attention from many different companies. However, it is still a new genre, and many of the ‘kinks’ are yet to be worked out of the system.

eSports leagues are very concerned with the fairness and legitimacy of their nascent sports environment, and any audio company that wishes to work in this field needs to be aware of the various stakeholders, their expectations, and the challenges of meeting them all in one system.

This, however, can lead to some companies’ underestimating the audio requirements of the sport. A company that might be equipped to tackle a locally organised league may not have the technology or the experience to manage a major event, such as a regional or world-level game. However, by investing wisely and training teams to manage myriad demands, audio companies can set themselves up to join this growing industry on a world scale.