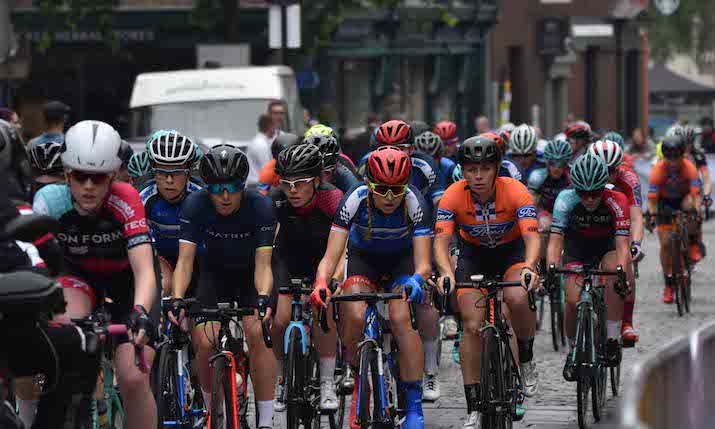 WilkieTV has rebranded as Limitless Broadcast. Claire Wilkie, founder of Limitless Broadcast, said: “As WilkieTV, we established a strong reputation for designing and developing innovative broadcast solutions across the past 10 years. We’re here because we see an unfair imbalance in what content is created, and so our team is driven to level the playing field and seek exposure for all. Limitless believes exploration and genuine invention are crucial to driving positive change; we will not continue with a traditional methodology if it holds people back.”

The company was one of the first on the remote production scene achieving many notable successes, not least delivering multiple remotely produced live broadcasts for the sports sector from 2018 onwards. British Cycling and its partners were onboard with the benefits of using IP bonding-led remote production, with the technology used to cover the National Circuit Series, both Men’s and Women’s, taking place on street circuits in nine towns and cities around the UK. The approach enabled high-value coverage where previously it was too costly or simply not possible to make. No OB truck or laying of fibre was involved, with all the events produced from Limitless Broadcast’s production gallery in Surrey, UK.

The team deployed the same blueprint to cover the UCI’s Para-cycling World Championships, which took place on rural roads across Yorkshire, UK. This world-first resulted in a high production value delivery, bringing new audiences and crucial exposure to the sport.

Limitless has continued its work on Strictly Come Dancing for the BBC, solving the pandemic-led need to create content remotely from around the world. Recent projects included live coverage at COP26; where remote production allowed the majority of crew and kit to remain in London – pushing forth sustainability goals with clever use of technology.

During the pandemic, the company has also grown its production galleries and studios at its Surrey facility.

Wilkie said: “I started on this journey when the industry looked very different. The only way to deliver diversity back then was competing using traditional techniques on cost alone. The motivation to discover a better way drove us to explore revolutionary changes in our approach. We’re driven by big adventurous ideas and the mission to bring them to life, better still something that’s never been done before. Having laid the foundations for almost a decade, we are dedicated to encouraging others to step beyond their comfort zones, building them up to feel unstoppable. What word best describes this mindset? ‘Limitless’.”