Wind in the sails: Riedel Communications on transforming the viewing experience of the 36th America’s Cup 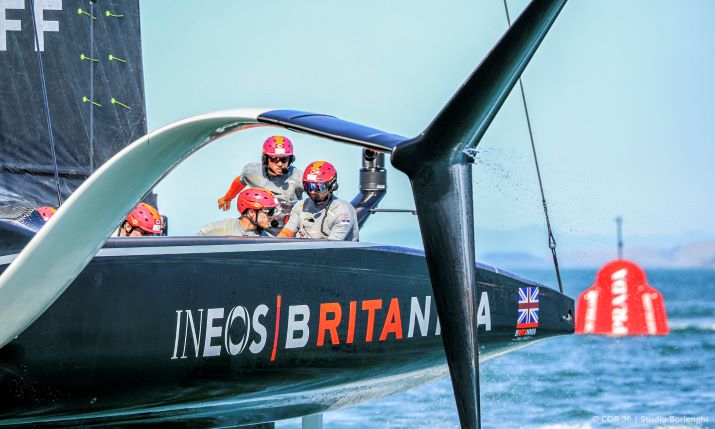 At the 36th America’s Cup, the Riedel Bolero S sits aboard the Ineos Britannia

Production and coverage of the 36th America’s Cup race series early in 2021 redefined the model and technologies used both to manage complex live events and to bring those events to viewers in more immersive and engaging formats.

Contested on the inner Hauraki Gulf off Auckland, New Zealand, the race series relied on leading-edge hardware and software technologies to drive an innovative 360-degree technology approach addressing the entire TV production, as well as event infrastructure and race management.

The comprehensive approach included fresh camera solutions, new audio technologies, and sensor technology embedded in a comprehensive technical infrastructure, with bespoke equipment aboard each competing yacht. Many of the solutions used onboard were matched to the specific signaling and communications needs of each racing team but used to support broadcast production as well.

The event’s state-of-the-art regatta management system was built on a mesh network that covered the entire harbor and ensured continuous connectivity, since a split-second delay in the redundant data flow for all stakeholders — teams, officials, and production teams — could disrupt the race itself and the broadcast coverage, and even spell disaster for onboard crews. Wireless intercom communications supported onboard communications among onboard yacht crews and between the boats and the broadcast center in Auckland Harbor.

An array of on-site engineers managed production of the event, with another complement of engineers assisting from a remote operations center (ROC) in Wuppertal, Germany. The ROC served as a monitoring and engineering hub through which operators could remotely access the entire system setup in Auckland, including video, audio, and intercom signals. As a result, the remote team was able to monitor and control essential parameters of the equipment aboard the racing yachts, including camera control, audio set up, GPS data transmission, and battery management, and support the onsite crew in optimising system performance.

Each of the remarkable AC75 racing yachts was equipped with custom microphone and transmission systems designed to withstand extreme marine conditions and provide extreme reliability. Onboard media systems brought video, audio, and communications from each yacht to land. To address the event’s extreme environmental and technical challenges, the production team used camera, microphone, and transmission systems designed to withstand demanding marine conditions and provide the utmost reliability.

The extensive array of live video sources included 42 on-water cameras — with up to 12 cameras and 12 audio feeds live from each race yacht — three air assets across helicopters and drones, and eight on-shore cameras across the village and the press and media centre. Audio was captured by 54 on-water microphones, three more mics in the air, and 20 mics on shore.

All of these feeds were made available for production of the standard world feed that included all event sponsors and a compliant version for European broadcasters; two yacht feeds that allowed viewers to go aboard their favorite yachts; and a data feed for second screen devices, social media, and over the top (OTT) platforms. (Live video feeds also were enhanced with augmented reality graphics to enable the illustration of a range of information, including the racecourse boundaries, and yacht performance, athlete, and statistical data.) Other productions included a daily VNR, live press conference, a 26 minute highlights programme, and a further 52 minute highlight programme at the conclusion of each major phase. 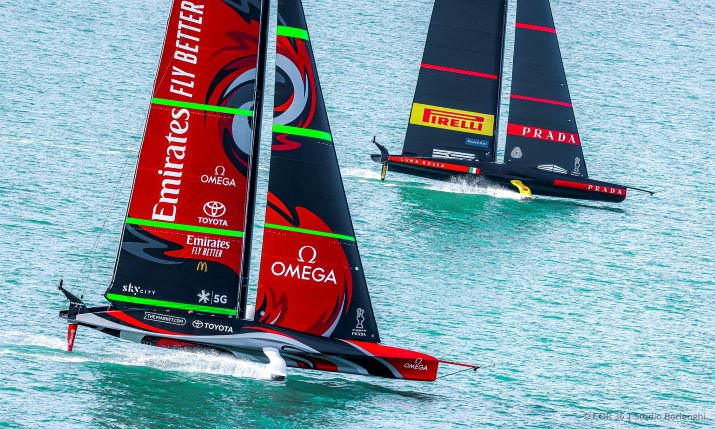 At the 36th America’s Cup, the Luna Rossa and Te Rehutai battle it out

Production of the live event and broadcast led to record-breaking viewership across the world and across multiple platforms. The live broadcast and highlights from the 36th America’s Cup were delivered by 55 major network broadcasters across 198 countries. Online streaming via digital channels was live and free in 236 countries across the world. 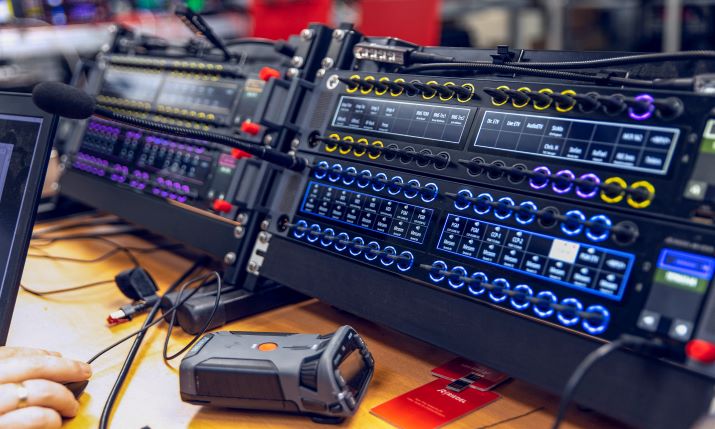 This 360-degree technology approach combining live TV production, event infrastructure, and race management was a major factor in the success of this event, not just in terms of viewership, but also in effective, efficient management of a safe, well-run event despite the incredible complexity of the overall effort.

Audiences watching the 36th America’s Cup enjoyed a cinematic production with extraordinary vantage points as the remarkable AC75 hydrofoil monohulled yachts flew over the water at speeds up to 50 knots (about 60mph). There is no reason this model can’t be applied across numerous live sports events to bring viewers into the action, given them sights, sounds, and real time, data-driven visuals they’ve never before seen, but are sure to demand.

In addition to enabling a more immersive viewing experience, this 360° approach allows for greater engagement and interactivity across viewing and social platforms. This is a win not only for event producers and sponsors, but also for audiences looking for more dynamic viewing experiences.