Winter Olympics bumped Eurosport Digital to 1.2m subs: now it has to keep them

Discovery has revealed that subscribers to Eurosport Player peaked at 1.2 million during the Winter Olympics in February but have since dropped — although not below its pre-Olympic start point of 200,000.

“The Olympics gave us a big bump and a good number of them have stayed with us,” Ralph Rivera EVP and MD Eurosport Digital told an IBC conference session. “We didn’t crash down and the numbers are still significantly above where we started from.

“Getting to over 1 million subscribers was unprecedented,” he added. “It also gave us a credibility in this space of being able to deliver at scale that has paid dividends in terms of forming other partnerships where people have seen what we are able to do and now trust our brand to deliver it.” 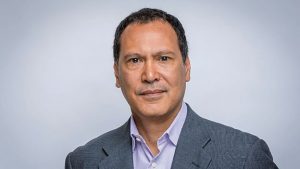 This time last year Eurosport Digital – and Rivera — were in a different place. Repeat problems with delays to fans in OTT streaming of the Bundesliga had caused Germany’s national football association Deutsche Fußball-Liga to summon Eurosport to an urgent meeting.

“Being in a direct to consumer business is a fundamentally different challenge to being in B2B [which Eurosport’s linear TV legacy is]. It’s not just about the technology. It’s about a fundamental business model and workflow and mindset which has to be customer centric. You have to be able to deal with customers directly and there are no more vocal or more loyal customers than sports fans.”

Indeed, as Rivera’s boss, Jean-Briac Perrette the President & CEO of Discovery Networks International said in an opening keynote to IBC, “Given a choice, more sports fans will pay to watch sports than eat dinner.”

Without these growing pains, though, and Discovery’s rollout of a live Europe-wide OTT platform across 69 markets and over a dozen languages in just a year, the Olympics would not have been as successful.

“No one who is sane chooses to do that,” said Rivera who joined Discovery from the BBC to spearhead the task. “But we didn’t have a choice given that we had the rights, the Olympics was the deadline and we needed to have that platform in place.

“More work needs to be done to the point where digital doesn’t disadvantage you. Live sport OTT is not for the faint hearted. While TV took 50 years to get to where it is today, consumers expect OTT live experiences to be as good as TV now.”

He said he believes the technology will get to a point where online is as good and even better than TV.

“The next step to that is do what we did for the Olympics all year round. Let’s see multi-court early round action from the French Open. Let’s see every match in a league and not just the top five games. We need to bring down production and distribution costs but when you get it right you can do this.”

A request to OBS to field a mobile studio for social media output at each Olympic venue was initirally rebuffed, he revealed. “The logistics and security of getting a truck from venue to venue in PyeongChang were tough. But we convinced them that having capacity to tell stories in realtime on the ground from what it was like to be in the Olympic Village and in and around venues added another layer of coverage to what OBS were doing.”

Rivera predicted that more rights holders would be allowed to have some form of mobile set up at the Olympics in 2020. “It was a breakthrough in terms of how you can cover an event that goes beyond the competition itself.”

Rivera also expects more VR coverage from Tokyo and in particular 360-cameras on the field of play.

“Imagine looking up and seeing the pole vault above you,” he said.

Eurosport is already working with athletics federations to share more data not just from the training sessions but live in competition with audiences.

“Data helps make the experience more immersive and helps fans understand more of a sport’s dynamics,” he said. “We will work with the Tour de France to get data off the bikes and track the power a rider is generating.”

Automated production techniques will enable Discovery to clip and distribute more content but Rivera had a warning.

“The challenge is if you serve that type of content 100 percent of the time then all the user gets is what they knew they wanted. We have to balance the algorithm with editorial curation to offer them content of additional interest. It’s a careful balance between algorithm-driven experiences for personalisation and yet still with an editorial judgement that says ‘You didn’t ask for this but you are going to love it – and here you go.’”

All of this will be tested long term with the PGA Tour with which Discovery has signed a massive 12-year multiplatform deal teeing off in January 2019.

“What we are doing is different to what is going on at Disney and Fox,” said Perrette. “We are not trying to be the sports supermarket. We are very focussed on being leaders in verticals around passionate communities.”

Warming to his theme, he added, “We realise there is no ‘one size fits all’. We may take pan-European rights and cover every market on the continent but there is no such thing as a pan-European sports fan. At Discovery and Eurosport we tailored the product to TV in each market by creating local stories, local heroes and characters. A lot of our learning in TV about local relevancy has been transferred to digital.”

When it comes to rights acquisition, Perrette explained that Discovery wants sports that are highly viewed but also those that are lifestyles and participatory such as cycling, tennis and golf.

“Golf is a global sport with affluent participants and where the willingness to pay is high and on top it has 42 weeks a year of programming so there’s a lot of volume,” he said.

Rivera further outlined Eurosport’s plan to make a return on its hefty investment by capitalising on the growing sports gambling market and in e-commerce opportunities in clothing or travel afforded by coverage of lifestyle sports.

Riviera added, “This is absolutely in line with our strategy to super service super fans by taking a vertical [specific] sport and partnering with a federation over a long period to take it to the next level.

“Linear will remain a huge piece of the distribution channel for Discovery and the PGA but we are not going into this thinking everything will be the same in two, five or ten years out. We have to 2030 to see how we can use digital to transform the way golf fans engage with that passion.”