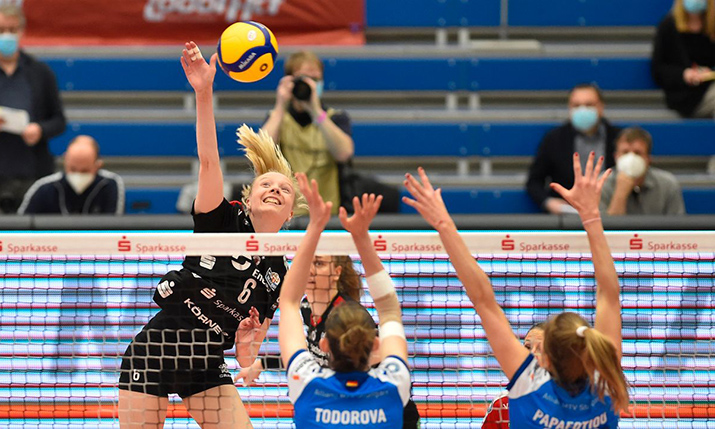 The German network Sport1 has launched a new pay-TV multi-sport streaming platform in Germany, Austria and Switzerland that will become the new home to Women’s Volleyball Bundesliga.

Sport1 Extra online and mobile platform will offer live and on-demand sports content on both a pay-per-view basis and through league and club passes.

Among the content touted for the new service is exclusive live coverage of the German Women’s Volleyball Bundesliga, including all matches of the 1st Bundesliga and the 2nd Bundesliga North and South as either a paid subscription or pay-per-view.

Olaf Schroeder, chief executive of Sport1 Medien and chairman of the management board of Sport1 said: “With our new streaming platform, we are making all fans a compelling offer in terms of content, technology and price to experience their favorite sports and competitions – when, where and how they want to via their preferred end devices.”

With the single ticket, users have the option of purchasing each match from the Women’s Volleyball Bundesliga individually with the pay-per-view option for use live and on-demand.

The Volleyball Bundesliga (VBL) and Sport1 concluded their rights deal in August. It runs exclusively for Germany, Austria and Switzerland until the 2025-26 season and includes not only the broadcast of all matches in the new pay model per season, but also a total of at least 28 regular season and playoff matches of the 1st Bundesliga in free-TV on the regular Friday evening slot.

The rights package also includes the DVV Cup matches (except for the DVV Cup Final) and the Volleyball Supercup.

In addition to the Women’s Volleyball Bundesliga, event streams from the program of the pay-TV channel Sport1+ will also be offered individually as a pay-per-view option on Sport1 Extra.

Schroeder added:  “The goals are ambitious, the claim is clearly defined: We want to be the No. 1 destination for federations, leagues, clubs and also external media providers in German-speaking countries when it comes to the 360-degree staging of their sports on our channels with ‘Sport1 Extra’ as our new digital pay offer in the streaming market.”

Sport1 is working closely with Airtango on the conception and operation of the new streaming service. The company, based in Crailsheim, Germany, is taking over the operational running of the website, including the integration of the streams as well as the visualisation and description of the offers and content.