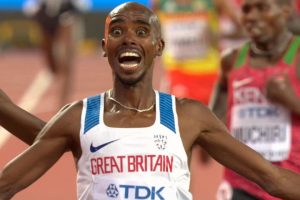 The production team that provided host broadcast coverage of the 2017 IAAF World Athletics Championship were rewarded by the Royal Television Society (RTS) last night with an award for multi-camera excellence.

The 2017 IAAF World Championships, the 16th edition of the global athletics competition, was held in London from 4 to 13 August 2017.

In the other sport category on the night, Editing in Sport, Matt Roberts, Kevin Evans, Jordan Buckingham and Scott Deaming were recognised for their work on BT Sport’s coverage of the UEFA Champions League final between Real Madrid and Juventus.

The RTS Lifetime Achievement Award was given to sound supervisor Tony Revell whose CV of light entertainment shows includes Sports Personality Of The Year and Sport Relief.

The 2017 RTS Craft and Design Awards took place on Monday 27 November 2017 at the London Hilton on Park Lane. The awards celebrate excellence in broadcast television and aim to recognise the huge variety of skills and processes involved in programme production.