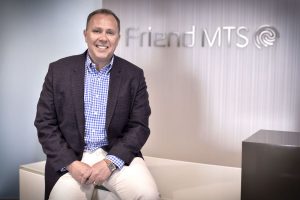 Content and revenue protection specialist Friend MTS has been selected by the World Boxing Super Series to provide security against streaming piracy for the upcoming Cruiserweight final, which will take place in Moscow on July 21 2018.

Friend MTS has provided content protection for the World Boxing Super Series from the start of the tournament, and it will be securing the final using its global content monitoring and take-down services. The PPV boxing series receives global coverage through multiple tier one broadcasters.

The World Boxing Super Series involves a total of 16 elite boxers from two weight classes, Cruiserweight and Super Middleweight, who have faced each other in 14 separate fight nights in a bracket-style elimination tournament. The forthcoming Cruiserweight final will involve Russian Murat Gassiev against his Ukrainian opponent, Oleksandr Usyk, in a fight at the Olympiyski Sports Complex in Moscow.