World eX goes to the US for latest #RacingForTheClimate show 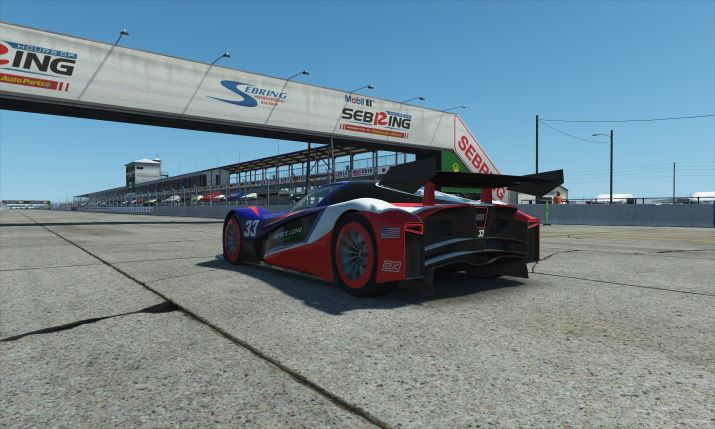 Following its season opener at Silverstone, the new RCCO World eX Championship takes its teams and drivers to the legendary Sebring International Raceway in California, US. The latest episode of #RacingForTheClimate aims to continue the strong message of raising awareness about the climate crisis in combination with the excitement of motorsport.

It will be broadcast from 20:00 CEST on 1 April on motorsport.tv and other broadcast partners. RCCO will also be streaming the pre-recorded show on its new Twitch channel (www.twitch.tv/rccoworldex), which will be followed by a live Post-Race Talk with World eX co-founder Mike Rockenfeller.

As the only American team in World eX, Patrick Long Esports is looking forward to Sebring as its home round. The team’s pro driver Gabby Chaves has many good memories from Sebring and aims to add more in the fully-electric 1,000-hp eX Zero prototype. Dutch esports star Liam de Waal will once again be racing alongside Chaves. Team owner Patrick Long will be a guest in the #RacingForTheClimate Show.

Bruno Sennais is also set to take to the track in Sebring as the only ex-Formula One driver on the grid this time out. The Brazilian star is the pro driver for Williams Esports, together with esports racer Martin Stefanko, who finished on the podium at Silverstone. R8G ESports team owner and driver Romain Grosjean will be missing for this round as the Frenchman is preparing for his debut in the IndyCar Series. Standing in for the single-seater ace will be young French F3 driver Pierre-Louis Chovet.

Going from creator to racer, Rockenfeller, DTM champion and Le Mans winner, will also be racing at Sebring. ‘Rocky’ will be competing for the German tv racing team, which will be making its debut as a guest entrant in World eX. In its 30th year of electric racing, tv racing stems from the original ‘big small’ RCCO slot car racing championship and is the most successful team of the slot car series with more than 100 victories, 17 drivers’ and 18 teams’ titles. Rockenfeller’s teammate will be Andre Dietzel, head of Volkswagen Motorsport communications.

“After all of the work to turn our idea of World eX into reality in the past months, I am looking forward to racing myself in the series at Sebring,” said Rockenfeller. “I really like the track. It is one of the most challenging circuits in the world and taming the powerful eX Zero on the bumpy track surface is no easy feat. The main reason why I am competing at Sebring is to get first-hand experience of what World eX feels like as a driver.”

Rockenfeller’s 2021 DTM teammate at ABT Sportsline, Kelvin van der Linde, will also be racing at Sebring. The Audi Sport factory driver from South Africa will be making his debut for Esports Team WRT, while James Yu will be the first Chinese driver competing in World eX for Absolute Racing.

The official #RacingForTheClimate jackpot races on at Sebring. For every race lap completed, the jackpot automatically increases by 10 euros. The 112 laps already completed at Silverstone already equates to 1,120 euros. At the end of the season, the world champion will decide which climate conservation project the jackpot will be devoted to.

Fans and sponsors can support World eX’s mission and actively contribute to climate conservation by donating to the #RacingForTheClimate jackpot via well-known platforms like GoFundMe and Twitch.