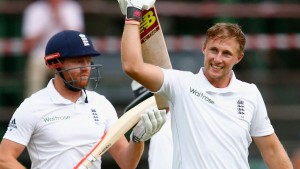 Sky Sports will show Test cricket in Ultra HD this summer when England take on South Africa in their four-Test series across July and August. In a world first for Test cricket, Sky Q customers in the UK and Ireland can watch every ball of the series in ultra high-definition with picture quality four times that of HD TV.

The four Test matches will be shown exclusively live throughout July and August. The multi-camera coverage, available with Sky Q, will be supported by UHD graphics, 1080 50p Hawk-Eye, and enhanced statistical offerings from CricViz to create an enhanced viewing experience.

Bryan Henderson, Sky Sports Head of Cricket, commented: “With UHD, customers can enjoy the four Test matches with four times better picture quality and four times greater clarity. It is a first for Sky Sports and we can’t wait to bring you closer to the action, excitement and drama that the South Africa Test series will deliver this summer.”

Sky Sports has broadcast cricket since 1990 and the addition of UHD viewing adds to a list of innovations that Sky has introduced over the years including stump microphones, interactivity, hi-motion replays, Hot Spot analysis, 3D, Sky Cart and Hawk-Eye.

Alongside Sky’s cricket in Ultra HD, Sky Q customers can continue to watch every F1 grand prix and 124 Premier League matches in UHD throughout this season and next. Sky’s cricket and F1 coverage is part of the biggest ever summer of sport on Sky Sports, with more major events than ever before, including live action from the ICC Champions Trophy, the British and Irish Lions tour of New Zealand and The Open.