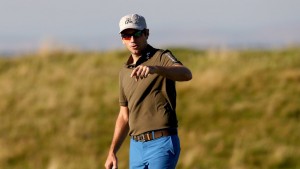 Sky Sports will break new ground in innovation at the British Masters this weekend when it incorporates a live player microphone during the tournament at Woburn. For the first time in world golf, Nick Dougherty, three-time European Tour winner and Sky Academy ambassador, will wear a microphone during the tournament, and speak directly to Sky Sports commentators at various points during play.

The innovation is part of Sky Sports’ added features and additional programming to enhance its coverage as a supporting partner of a European Tour event for the first time.

Coverage will include over 30 hours of coverage across all four days of the tournament; augmented reality graphics; live masterclasses on course Thursday to Saturday after play has concluded with Ian Poulter, Lee Westwood and Luke Donald; and social media vote to ‘choose the pin’ for 14th hole on the final day.

Jason Wessely, Sky Sports head of golf, said: “We are very excited about the British Masters and the prominent role Sky Sports can play in shaping the coverage of the event. Our aim is to take the coverage further and engage with viewers in new and exciting ways, to showcase a fantastic event which is back on the calendar.”

The opening round is sold out, with more than 15,000 spectators taking advantage of the ‘Sky Sports Thursday’ offer giving Sky customers the chance to be at the event for free. Poulter, Westwood and Donald will all take part in a question and answer sessions after their round has concluded from Thursday onwards, providing spectators with the opportunity to hear from three Ryder Cup players in person.

Augmented reality will provide enhanced graphics on screen to give viewers a clear picture of each shot and the surrounding area that the player will face with their upcoming shot. Track Man will be used on the 15th hole and provides details of swing speed, ball launch trajectory and spin.