World Rally Championship to return in a flurry of dust, dirt and remote production plans 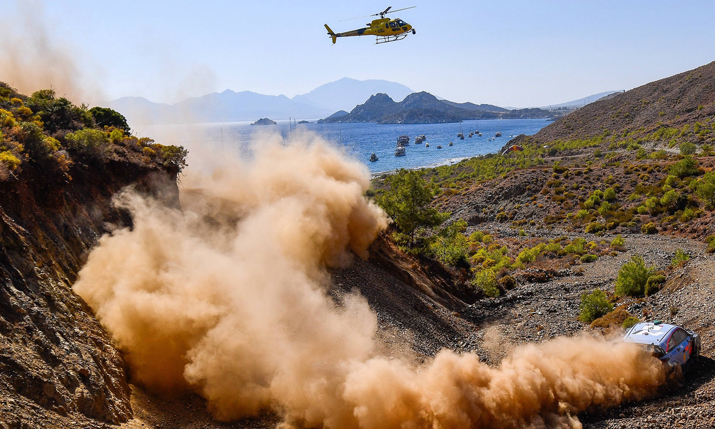 World Rally Championship (WRC) is back on track with five rallies being held this year, starting with Rally Estonia in September. The post-lockdown rallies bring with them WRC Promotor’s plans for moving to full remote production for live output, a project that was put on hold in March as the pandemic took hold.

In May 2019 WRC Promoter bought all of its post-production to London, and this year it had been planning an even bigger push towards remote production for each rally. Prior to the COVID-19 pandemic, that plan was to have all galleries for both live and post-production based in London, with NEP at Stockley Park, from the third quarter of 2020.

This would have happened after latency testing this summer at the scheduled rallies in Finland, Mexico – which was the last rally held before the UK lockdown – and Argentina, and finally a full remote rally test in New Zealand, which was scheduled for 3-6 September but was cancelled in early June as the country’s borders remained shut.

As WRC returns post-lockdown with Rally Estonia (4-6 September), those plans have been pushed along also, with testing for its fully remote production for live output to run alongside the new schedule of rallies.

Commented WRC director of content and production, Florian Ruth: “Everything [for our live remote production tests] got postponed, unfortunately. Technically it would have been possible [during lockdown], but for me, it was too risky. I was missing a few latency tests that I wanted to do.

“So our testing starts now for the next races, especially our latency and visibility tests. For the rest of the year, we will be doing testing, then we go completely live remote for January 2021 at Rally Monte Carlo, our new season opening.” 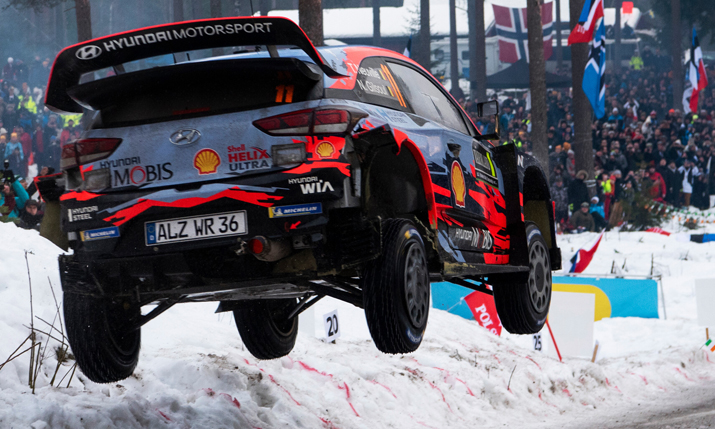 Estonia will be produced in a similar way to how WRC left the plan in Mexico prior to lockdown, says Ruth. “We will still have the live production on site and the post production off-site and more flexible than before. But the operation on site will be very much similar.”

Things have been adapted for the health and safety of crew, said Ruth: “We have reduced the team and crews and we have different production facilities; last year we launched completely new broadcast pods, which with COVID guidelines and the requirements are not feasible anymore, so we got larger OB vans so we’re able to respect social distancing and the guidelines, and work with additional pods for EVS or graphics outside the trucks, even. We don’t work with our commentator cabins on site anymore because people were squeezed in together.”

No changes have been required post-lockdown for cameras at WRC rallies as those positions at different stages of each race have around 100 metres between each one, so are naturally socially distanced. “They are alone in the middle of the forest, so our camera operators during work is not affected, and we need the amount of cameras to cover the action, so this isn’t affected,” Ruth stated.

“From a technology side of things, things are very similar to when we stopped [after WRC Rally Mexico]. The next big major step will be in January 2021 when we start to produce live remotely”

What is influenced by COVID health and safety guidelines is those back up positions that would normally be staffed on site. Ruth said: “Those additional helpers and additional support; those just were taken out. But that doesn’t affect the quality of our production. We’re trying to travel with the absolute minimum crew as needed, with no back up positions, no second lines, just the absolute minimum needed,” he added.

He continued: “On site we follow all the FIA guidelines for those racing events; masks all the time, sanitisers, social distancing, cleaning work areas several times a day, and in general being as protective as possible. Also, we consider the learnings from the Formula 1 races, so we follow those, and have to adapt them to the requirements of the national health authority specifics in every place we go to.

“But in general, from a technology side of things, things are very similar to when we stopped [after WRC Rally Mexico]. The next big major step will be in January 2021 when we start to produce live remotely,” he stated.

Adding AR to WRC+ All Live

WRC+ All Live, the subscription-based OTT service for live footage of each rally and a lot more, already includes fan questions and fan videos, which are permanently integrated into programming. However, WRC is adding more interactivity through WRC+ All Live for fans, including augmented reality (AR) applications.

WRC launched a completely new OTT digital environment at the beginning of this season on WRC+, which so far has only been used for three races in 2020. As it was working so well, it has not been adapted further during lockdown.

However, the team are working on new AR developments for the WRC+ All Live studio, which moves around with the rallies. Commented Ruth: “AR and virtual reality (VR) are apps being used. We are working on new AR elements for our All Live studio. As we have a mobile studio, it will be that [the presenter can] wander around the service park with the possibility to show more AR elements within our studio scenes. It will just be a bit more engaging and a bit more attractive for our viewers; it’s just a bit nicer than showing full screen boards and so on.

“We’ve run a few tests already, so that will be used for Rally Estonia, and we will keep developing it. Especially for the interactive part, to include and involve fans in our show; AR is a possibility for that.”

Added Ruth: “This engagement will be done to a totally different level now. At moments like this, we realise we are very lucky to have our WRC+ All Live programming and our OTT platform, WRC+, where we cover all the action live with more than 25 hours per race. So for all the people who have to unfortunately miss races, this is a very good compensation.”

On the presence of fans at the rallies, it is down to an ongoing per-country evaluation as to whether they are allowed, or not. However, Rally Estonia will enjoy a significantly reduced number of fans.

Last year the rally had around 75,000 fans present; this year there will be 16,000 that will be split into 16 groups of 1,000 people. Each group will each be kept to an area that last year was made available to 10,000 people, allowing for suitable social distancing.

“Fans from different areas and different groups won’t meet,” explained Ruth. “We have a very good and very safe concept in place for that.” 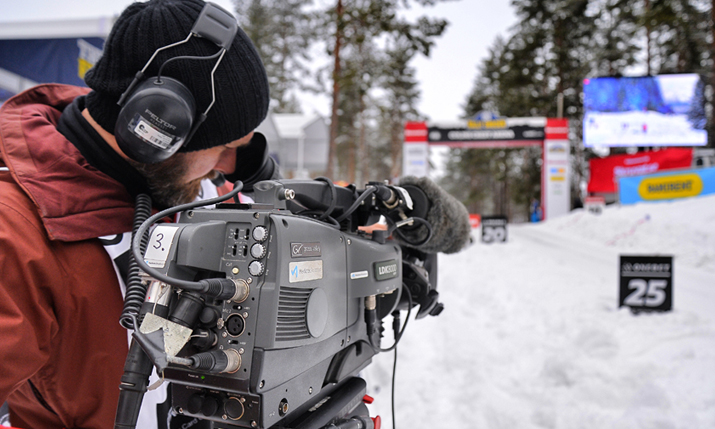 NEP Finland is the technical partner for WRC in its bid to go completely remote, with Tata Communications providing the fibre connectivity to all the rally locations and the WRC post and remote production hubs.

When WRC goes fully remote for both live and post production, it will be based at an NEP facility. The original plan was for everything to be based at Stockley Park, but during lockdown Ruth was made aware of other location opportunities within the NEP network, which he says he preferred.

He is currently in the process of deciding on one or two bases, which may include NEP’s locations in central London, Munich, or Helsinki where WRC’s servers for post production are currently hosted. A decision will be made in about six weeks’ time.

Said Ruth: “Our technical provider is NEP Finland, but we are working with the whole of NEP Europe Group, so we’re using all their facilities. NEP Europe’s main live remote centre is actually in Hilversum in the Netherlands, but we can work with our set up from any other NEP location. So we’re just looking for the most feasible way for us. Times are changing so it pays to be flexible.”

Meanwhile, WRC adapted its post production plans as lockdown began, producing highlights, news, social clips and programmes based on EVS IP servers, which has allowed its team to be as flexible as possible in terms of location.

Said Ruth: “Our editor sits somewhere in the world and our producer sits somewhere else, and colour grading is even in a different place. So we’ve established this system which is so flexible now that we will keep on going during the live rallies like this.

“All our people have the required kits at home or private offices. We now can produce, with absolute maximum flexibility, without having to choose a location for post production any more,” he noted.

Finally, the WRC rally schedule is still open to change this year. WRC Promotor recently announced it has agreed a switch on dates for Rally Turkey with the Turkish Automobile Sports Federation (TOSFED), agreed by the FIA. The date change facilitates the opportunity to introduce additional events to the WRC calendar in the second half of the season in what remains an evolving situation due to the COVID-19 pandemic.

The switch means the event, round five of the championship, will be held two weeks after Rally Estonia (4 – 6 September). Said Ruth: “It’s a very different time for everybody, so we wanted to keep the maximum amount of flexibility open. Moving Turkey one week earlier allows us to have enough of a gap to bring in another race if possible, somewhere else. We will decide this in the next two weeks. We just wanted to keep this option open, to bring in another race.”