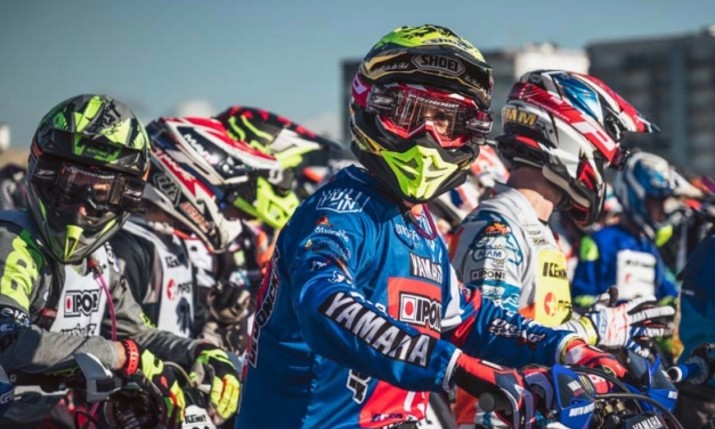 On the first weekend of February, XD Motion was commissioned to cover the legendary motocross race, the Enduropale du Touquet, in Hauts-de-France.

The event – the brainchild of Thierry Sabine, the mastermind of the Dakar Rally – sees hundreds of thousands of spectators congregate to watch more than 1,000 motorcycle and quadbike riders participate in this race in a picturesque beach setting.

Working alongside the town of Ville du Touquet and event organising partner, Manganelli Events SAS, the race was broadcast live on Redbull TV, France 3, and L’Équipe.

To ensure the stability of the shots, XD Motion used the Cinema Pro gimble from the company’s US manufacturing partner, GSS, as, said Benoit Dentan, chief executive at XD Motion, “it is perfect for use in almost any scenario”. He went on: “It has six axis of movement in a mid-sized platform and is well suited for a variety of aerial configurations.”

Dentan continued: “We flew live for eight hours over the whole event and our live RF feed was on air for 70% of the time. The pressure to deliver such quality and stability for prolonged periods of time was why the client came to XD Motion. We had to work in heavy wind and rain so the conditions were not perfect helicopter weather, but the stability of the shot was rock solid.

“If you watch the clips back you will see some fantastic shots where we have gone on full x40 zoom at high speed. It enables us to bring to life the motorbikes and quads dancing on the beach at 180kmph,” Dentan noted.

While some of the XD Motion team were in helicopters above the beaches of Northern France, another team of experts were delivering the live action shots from a jampacked Stade de France for the Six Nations rugby, where France beat England 24-17.

XD motion are the go-to supplier of all 6 Nations games in Paris, having provided the live coverage for the past decade using its X Fly 3D system patented by XD motion.

Dentan explained afterwards the challenges his team faced in Stade de France: “A director always wants us to fly the camera closer and lower to the action during each match to generate new shots and bring the game to the viewers, so we have to strike a balance between the very strict safety regulations to respect the Federation’s rules in terms of height and permitted camera positions during the game, to deliver the creativity that the TV audience demand.

“I am so proud to have performed this role for the last 10 years and so it would appear that, as I have trained my teams to tread this fine line, they are continuing to achieve this balance,” Dentan concluded.

The Enduropale du Touqet motocross took place from 31 January to 2 February 2020 in Hauts-de-France.