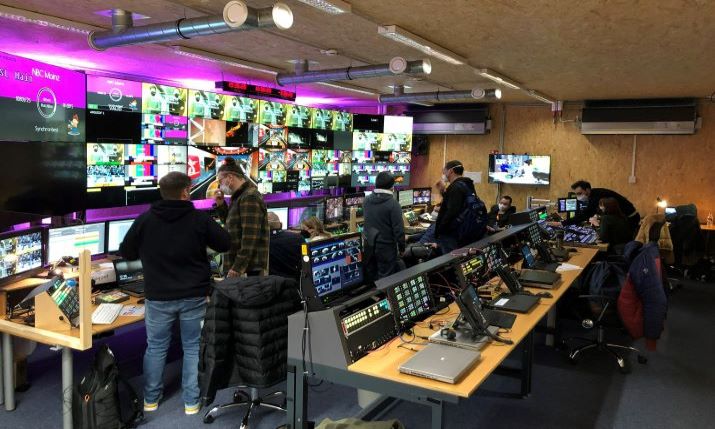 ZDF is using its centralised production facility, the National Broadcast Centre (NBC) based at its headquarters in Mainz, Germany, to manage its entire production of the Winter Olympic Games. Shown here are staff working hard in preparation for the start of the Games in the PCR

ZDF is all set to bring coverage of the Beijing Winter Olympics to fans across Germany. It will broadcast on nine of the 17 broadcast days for the Games, with Das Erste – fellow German broadcaster ARD’s flagship national television channel – taking the remaining eight days.

As it did for the Summer Games, ZDF is using its centralised production facility, the National Broadcast Centre (NBC) based at its headquarters in Mainz, Germany, to manage its entire production of the Winter Olympic Games.

The NBC was originally created by ZDF with ARD in order to cover the 2020 Euros as well as the Summer Olympics, with the build completing in March 2020.

Gunnar Darge, ZDF co-head of engineering, tells SVG Europe: “With this production, we have the same workflow as with the Summer Games, except that our studio is now in Mainz in the NBC.” 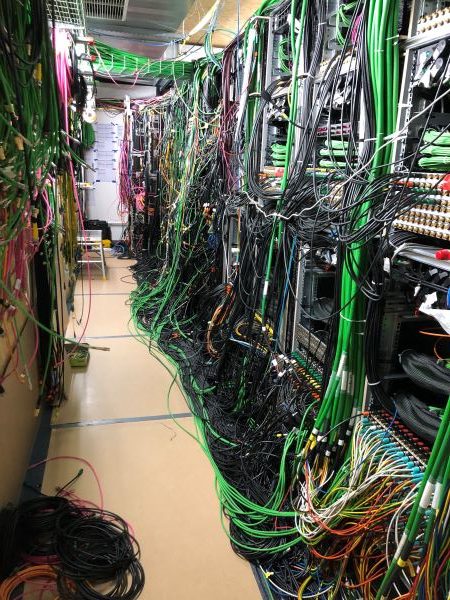 ZDF is taking feeds from OBS, plus has its own cameras on the ground for the biathlon, ski jumping and alpine skiing

ZDF is producing blanket coverage of the Winter Games event, taking the host feeds from Olympic Broadcast Services (OBS) as well as several of its own in China. The opening ceremony will be broadcast by ZDF and the closing ceremony by Das Erste.

Notes Darge: “We will produce extensively for this Olympic Games. For biathlon and ski jumping and alpine skiing we have our own additional cameras for moderation.

“We will live broadcast daily on ARD and ZDF, alternating [between the networks] between 2am and 5pm.”

The NBC is receiving all feeds from the broadcaster’s operations at the Beijing IBC. In Beijing ZDF has a small IBC in Zhangjiakou with switch case and five off-tubes. For the biathlon it has four cameras connected remotely via Nimbra Technik from ZDF’s NBC in Mainz, for ski jumping there is one LiveU camera, for alpine ski there is also one LiveU camera, and there is a presenter platform on OBS Tower with two cameras again connected via Nimbra.

Adds Darge: “We have our own cameras for biathlon, ski jumping and alpine skiing for moderation and interviews in the Mix Zones.”

Meanwhile the NBC is equipped with its own technology plus some additional rentals. It boasts an MCR, broadcast control room PCR, subdirector A (biathlon), subdirector B (alpine and ski jumping).

It also has a shared ARD and ZDF studio in the NBC with four cameras and two large LED panels, which are played via a media control system. The studio is fixed but it was set up and designed especially for this production. 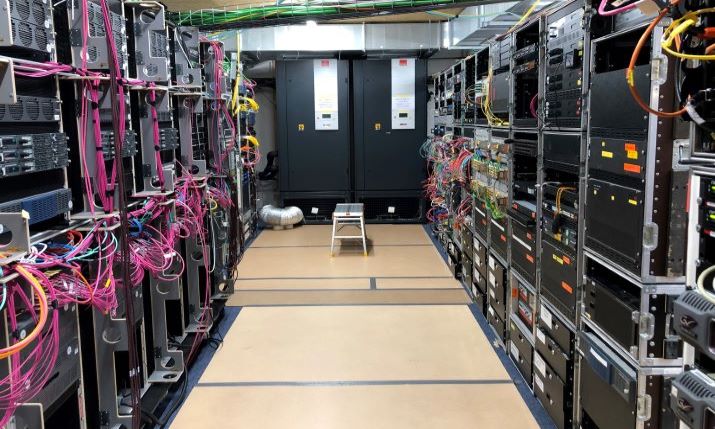 ZDF’s MCR2 at the NBC in Mainz

ZDF is facing the challenges of the chilly temperatures in Beijing right now, as well as the coronavirus guidelines. Darge comments: “The logistics in Beijing are not particularly easy, as the colleagues are in a bubble that you are not allowed to leave for Corona reasons. Of course, this severely restricts the work and journalistic freedom. And the weather is always a big problem with winter sports, as there are often changes.”

In the coronavirus restrictions in China and Germany, Darge says: “Both in Beijing and in Mainz there are guidelines that protect us from Corona and these must be strictly observed.”

He goes on: “We’ve been used to dealing with Corona and the protection guidelines since the Summer Games; it’s part of everyday life now. Workplaces have to be pulled apart [to create distancing between people], and plexiglass walls have been put in place where this is not possible.”

However, while this way of working is now a normal occurrence, he says it would be nice to work without any restrictions, adding, “to be honest, [people are] relaxed but you can tell that it gets on everyone’s nerves”.

Watch the Opening Ceremony of the Winter Olympics 2022 being held at the Beijing National Stadium, China, on ZDF on 4 February