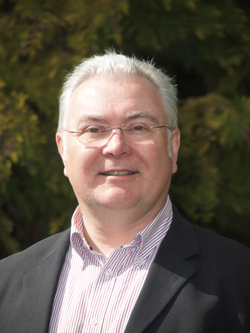 Netherlands-based AV conversion, processing and compliance recording specialist Axon Digital Design has appointed Adrian Richmond as UK Area Sales Manager. Richmond will be responsible for supporting a number of key UK accounts as well as developing new business in the region. He will report to Bill Leadbetter, Director of Sales at Axon UK.

With over 30 years in the broadcast industry, Adrian Richmond represents a senior appointment to Axon. He started his broadcast career as a sound engineer at the BBC where he specialised in major outside broadcast projects. Later he joined Anglia Television where he became Head of Sound. Most recently, he was EMEA Product Manager at Bosch Security Systems, Communications Systems and has previously worked as Sales Manager at Telex Communications.

“We are delighted to welcome Adrian into our team,” says Harry Kanters, Director of Marketing & Sales at Axon. “He brings a wealth of broadcast industry experience combined with drive and enthusiasm that was evident from our first meeting. We have ambitious growth plans in the UK and Adrian will play a key role in achieving our goals.”