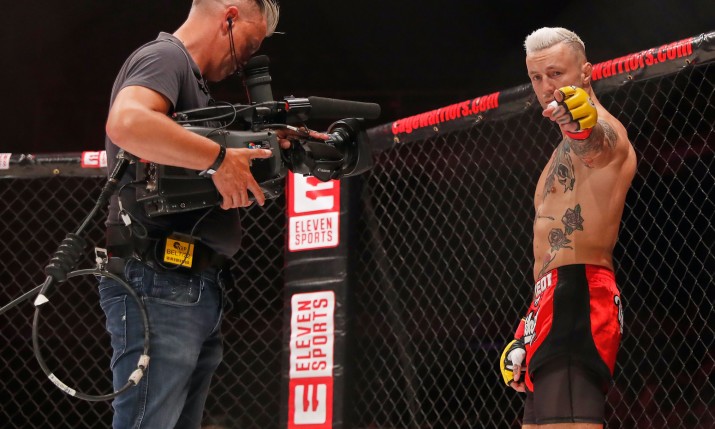 Eleven Sports will show live coverage of the Cage Warriors mixed martial arts events in Belgium, Luxembourg and Italy in 2020 and 2021 after securing an extended rights deal.

Coverage starts with the championship’s first visit to the BEC Arena in Manchester on 7 March 2020. Cage Warriors will then deliver the first half of a momentous MMA weekend at the O2 in London – with a Cage Warriors show on 20 March followed by UFC London on 21 March.

Over the past three years, Eleven has broadcast every Cage Warriors fight night as well as co-delivering a series of live events in Belgium.

Eleven will continue to play a role in the commercial organisation of Cage Warrior events, with plans already underway for an activation in Belgium this year.

Danny Menken, group managing director, Eleven Sports, said: “Cage Warriors are Europe’s leading mixed martial arts promotion. They’ve been a fantastic partner to Eleven over the past three years, delivering electric entertainment to our fans. We’re delighted to be continuing our relationship with them.”