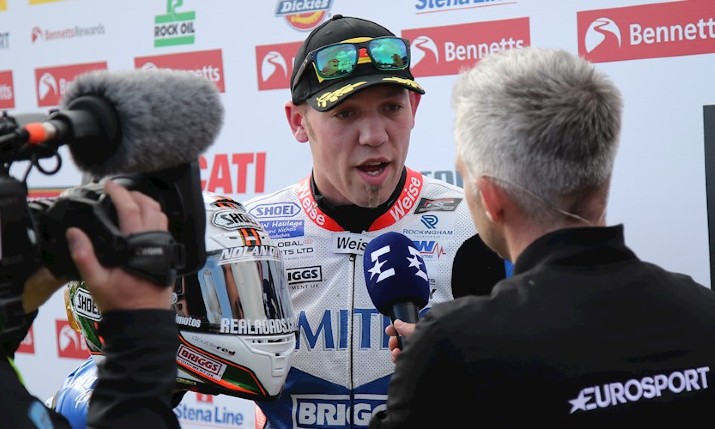 Eurosport has renewed its long-standing media partnership with MotorSport Vision Racing in a deal that will see it show coverage of the Bennetts British Superbike (BSB) Championship for a further seven years, effective from 2021.

Coverage will be broadcast Europe-wide with a selection of races also made available live free-to-air in the UK on the channel Quest.

First airing on the network in 2008, Eurosport and Eurosport Player will continue to screen full race weekend coverage from every round, including support classes such as the Quattro Group British Supersport/GP2, British Talent Cup, Pirelli National Superstock, HEL Junior Supersport, Ducati TriOptions Cup and the Molson Group British Sidecar Championships.

MotorSport Vision Racing is the series promoters and rights holder for BSB.

Simon Downing, head of Factual and Sport at Discovery UK, said: “This agreement underlines our long-term commitment to premium content. Motorsport is a key pillar for Eurosport and we see British Superbikes as a key component of the portfolio.

“We have the ability to leverage Discovery’s wider UK network offering a selection of races free-to-air to ensure we reach as many passionate viewers as possible.

“We’re excited to continue super-serving fans with a high-quality viewing experience through unrivalled production and expertise.”

Stuart Higgs, BSB series director added: “To confirm this agreement within the very turbulent period we are all experiencing as a result of the COVID-19 pandemic is a tremendous statement of confidence for the BSB Championship.

“Eurosport have been with us from day one of this most recent era of the championship, and now as part of the broader Discovery Group with access to their multiple platforms we can continue to grow our audience.”

“I am particularly pleased to improve our free-to-air offering with a selection of live events together with highlights from all rounds on Quest.”

Widely regarded as one of the most competitive two-wheel Championships, the series showcases some of the most exciting up-and-coming talent and has played a key role in the career paths for World Superbikes Champions Troy Bayliss, Neil Hodgson and James Toseland. The 2019 season saw Scott Redding win the British Superbike Championship in his debut season and has since made the step-up to World Superbikes for 2020.