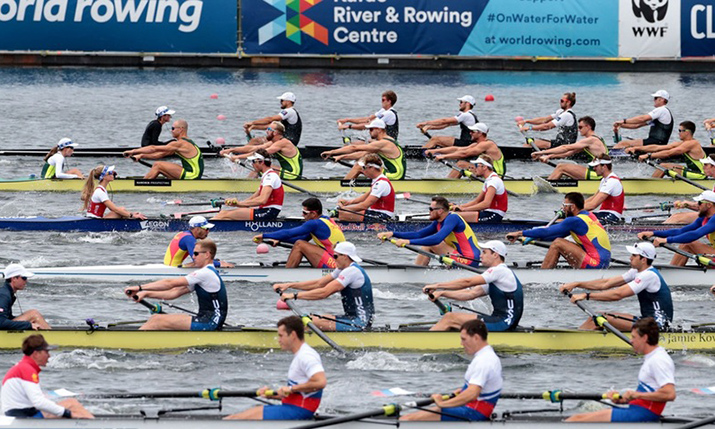 Eurovision Sport and World Rowing have agreed a four-year renewal of their European media rights agreement.

It extends a partnership dating back to the early 1980s, and will take over from the existing four-year contract which expires this year.

The agreement with Eurovision Sport means the events will be shown across Europe by public service broadcasters such as the BBC, ARD and ZDF and NOS.

Events covered by the agreement are:

The new agreement begins with the European Rowing Championships in Varese, Italy, on 5 to 7 April, followed by the first regatta of the 2021 World Rowing Cup series in Zagreb, Croatia on 30 April to 2 May. The main event of the 2021 calendar is the World Rowing Championships, featuring the new Olympic champions, in Shanghai, China on 17 to 24 October.

World Rowing events will continue to feature on L’Equipe TV in France, while coverage in other territories will be offered by a mix of additional broadcasters and the digital platforms of World Rowing and the EBU.

Jean-Christophe Rolland, the president of World Rowing, said: “We are very pleased to have been able to renew our European broadcasting agreement with Eurovision Sport, with whom we have partnered since the mid-’80s. With every renewal, the number of Europe’s public-service networks that cover rowing has increased, together with the amount of coverage we have received.

“We are all living through difficult times at the moment, so it is particularly encouraging for World Rowing that we can continue to rely on Eurovision Sport and its membership to broadcast our regattas for at least the next four years.”

Andreas Aristodemou, head of summer sports rights at Eurovision Sport, added: “The prolongation of this agreement, in a year severely disrupted by the ongoing pandemic, shows the strength of this partnership and our commitment to continue building the profile of rowing across our membership.”