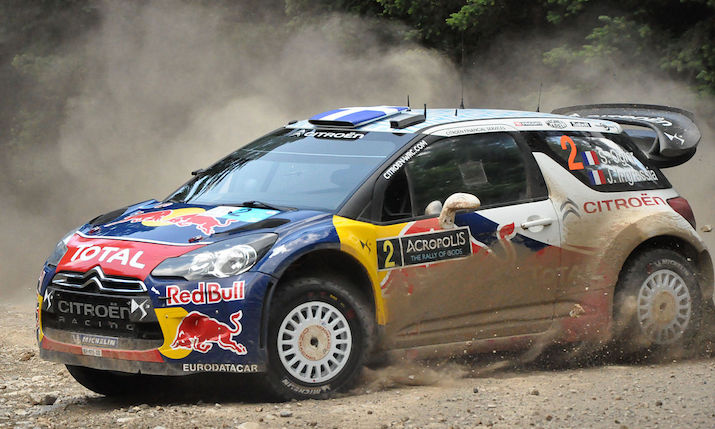 Greece will return to the FIA World Rally Championship for the first time in eight years after the fabled Acropolis Rally Greece was added to the 2021 calendar. The gruelling gravel road event forged a reputation as one of the WRC’s iconic fixtures after joining the inaugural season in 1973, and WRC Promoter has finalised a multi-year agreement with the Greek government for the Acropolis to return.

It will form round 10 of the season on 9-12 September, replacing Copec Rally Chile which has been cancelled due to continued travel and other governmental restrictions amid the pandemic.

The Acropolis was first held in 1951. It became regarded as one of the WRC’s toughest rounds, as twisty and rocky mountain roads combined with intense heat and choking dust to provide a fierce challenge. The rally has appeared in the WRC on 38 occasions and fostered a cult following among fans before leaving the championship in 2013.

Known as the Rally of Gods, Acropolis Rally Greece will start from its traditional location beneath the famous Parthenon temple in Athens, restoring one of the sport’s famous picture postcard images to the WRC.

Details of the host city and itinerary will be issued following the regular route inspections by the FIA and WRC Promoter.

Jona Siebel, managing director of WRC Promoter, said the return of one of the championship’s classic rallies would be applauded across the sport: “The Acropolis holds an illustrious chapter in WRC history and we appreciate the Greek government’s huge commitment in restoring it to world rallying’s top table. Welcome back!

“Its heritage will be recalled by all, but at the same time this is a modern-era Acropolis that sits comfortably alongside our other 11 rounds. That doesn’t mean its challenge is diminished and we can be sure the tough mountain roads will bring the sternest of contests.”

“Chile proved a popular addition to the WRC in 2019,” he continued. “Unfortunately, the country suffered badly from the pandemic last year and the situation remains difficult. We’re extremely disappointed to lose this year’s event, but Chile very much remains a part of the WRC family.”

FIA president Jean Todt said: “I am convinced the efforts of the Chilean Motor Sport Federation and organising team are not in vain and we will have the chance to see another great edition of Rally Chile in the future. Acropolis Rally Greece, which thus gets the opportunity to step into the championship, needs no introduction. It’s a legendary event featuring some of the world’s roughest stages. I have such special memories of it, having competed there as a co-driver on five occasions between 1970 and 1981, and winning it as team principal of Peugeot in 1985 and 1986.

“It’s a pleasure to see the Acropolis return at the highest level of the discipline thanks to the support of the Greek authorities, along with the strong commitment of the organisers.”

The rally has fervent government support and Prime Minister Kyriakos Mitsotakis said Greece was proud to celebrate the WRC’s return. “Seventy years ago the Acropolis was a backdrop to a very special race which became known as the Rally of Gods, an epic annual contest that tested drivers like no other. After an eight-year absence it is back and, fittingly, at a time of dramatic rejuvenation of my country,” he said.

Deputy Minister of Sports Lefteris Avgenakis added: “We are delighted to be able to fulfil our promise to the Greek people and the hundreds of thousands of motorsport fans worldwide. Greece is ready to welcome fans from all around the world in September and prove that it will be a major player in international events again.”