GLOOKAST has announced a multi-year contract with GLOBO, Brazil’s leading communications company. The agreement encompasses an ingest and transcoding platform for both feed and file ingest, powered by GLOOKAST Gloobox Capturer and GLOOKAST media|producer, as well as a distributed media services management system that will enable a multitude of workflows and multi-site integration for GLOBO, ultimately providing their Network News Production teams with significant operational efficiencies. 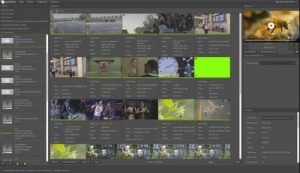 GLOBO is Brazil’s leading communications company and one of the largest media conglomerates in the world. Globo produces close to 3,000 annual hours of drama and entertainment programs, as well as over 8,000 hours of news content. Very high standards of production and quality have resulted in several nominations and awards from the International Emmy Awards.

The second phase of the solution is part of an innovative project designed by GLOBO’s Technology Division to modernize the company’s multi-site Network News Production. GLOOKAST’s channel partner in Brazil, CIS Group, helped not just in the design stage of the project but took part in the installation, commissioning and training, working closely alongside with GLOBO’s teams. The technology and operational workflows designed by GLOBO are second to none in the global media industry with local and remote ingest of more than 100 concurrent files and up to 40 simultaneous feeds that can be monitored and controlled by more than 300 journalists and editors simultaneously.

“We have a mission of building a modern, easy-to-use and flexible multi-site news production system capable of publishing across many platforms. We also have the vision of allowing production teams, located anywhere, to send content through a simple and user-friendly graphical interface. We have to develop new and simple workflows with a focus on collaboration and a story-centric approach across all aspects of the production cycle.” said Mauricio Felix Vasconcellos, GLOBO’s Director of Projects Technology.

“I am extremely proud to continue our collaboration with GLOBO, a reference media conglomerate that understands the need to take control of changes broadcasters are facing in order to capture opportunities that allow them to optimize their methods of working while furthering captivating and growing their audience. Being selected as one of the GLOBO partners to help them deliver the best possible content and engage audiences as efficiently as possible is an honor for our entire team” said Guilherme Silva, Co-Founder and CEO, GLOOKAST. “We’re excited to be part of this news production landmark and we’re looking forward to furthering our longstanding relationship through this renewed commitment”