Zixi (stand 14.F11) announced the hiring in vital roles and the opening of offices in three strategic regions to capitalize on the rapid customer growth being seen across the globe. To keep pace with the growth, in addition to the Waltham, Massachusetts headquarters and R&D center in Tel Aviv, Zixi has established presence in New York, Los Angeles and London in order to work more intimately with the large and expanding customer base on the East and West Coasts of the US, as well as in Europe. 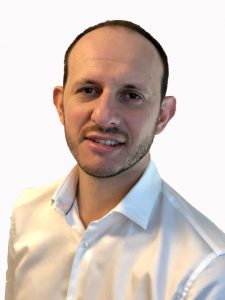 Adding to an already existing large contingent in New York, Sergey Maliuk has joined as Zixi’s VP of Engineering, overseeing QA and release management, DevOps of the Zixi Software Platform as well as the special development project team. Prior to Zixi, Sergey served as the Senior Vice President of Live Software and Hardware at Vimeo where he oversaw the development of the Livestream Studio and Mevo camera products.

“Sergey comes to us at a time of massive growth and increased complexity in the deployments that we are seeing with our customers,” said Gordon Brooks, Executive Chairman and CEO, Zixi. “His operational expertise in the video industry is going to be extraordinarily valuable as we continue to deliver innovative features and functionality to the world’s most distinguished media providers.”

Assuming the position of Managing Director of Europe in the London office is David Nortier, who comes to Zixi immediately from Sony Europe where he was the European Sales Director. With over 25-years in senior roles at Highground, Trellisift, AppiQ and Signiant, Nortier has developed extensive knowledge of the European media industry and all major players and Broadcasters within the territory, expertise that will serve Zixi and its quickly increasing European customer base well.

Chris Valle joins Zixi out of Los Angeles as the newly appointed Director of West Coast Sales. Most recently having led the efforts for IBM Watson AI cognitive solutions to the M&E space, Valle brings to Zixi more than 30-years of experience in strategy and business development and will continue to expand Zixi’s influence among West Coast media companies. Having worked in high profile positions at such companies as Cisco, Rhode & Schwarz, VIZRT and Avid Technologies, Valle has successfully led the strategy development and sales channel management with specialties in cloud, security, and video and digital distribution including encoding, encryption and streaming solutions.