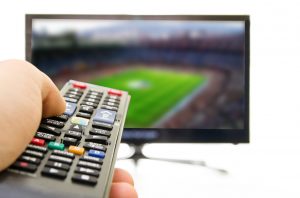 Cloud-based video solution specialistM2A Media has announce that its Live Capture product has been chosen by ITV to optimise the way the broadcaster’s catch-up assets are created for live programmes.

Realising the need for a simple workflow that would run in public cloud, receive high-quality live streams, frame accurately trim live programmes and deliver platform ready assets along with the source material, ITV researched many technology solutions that could implement such a system.

Following a successful proof of concept, the UK broadcaster chose M2A Media’s Live Capture solution to move its Late & Live workflow into the cloud, thereby enabling its viewers to catch-up with programmes more quickly after the end of transmission.

M2A Media’s Live Capture service enables ITV to capture and deliver live content to both its own-operated and third-party OTT platforms and provides ITV with the following benefits:

• All five ITV channels (ITV 1 / ITV 2 / ITV 3 / ITV 4 & ITVBe) are ingested by the M2A service, allowing ITV to deliver VoD assets within 10 minutes of confirmation by a content operator;

• All channels have dual resilience, and in addition to ITV’s linear channels M2A Media’s Live Capture solution is configured to receive two ‘Event’ channels, in readiness for the ad hoc ingest of off-schedule events, such as pay-per-view boxing;

•Each ITV channel is configured with a rolling 48 hour cache, which allows ITV operators to capture programmes broadcast within the previous 48 hours.;

•Live programmes are edited manually by an ITV operator, via the Capture tool of the M2A Console. The Capture tool uses all the main functionalities of a non-linear editing tool, aiding accurate and efficient editing within a live context, enabling Operators to remove ad breaks from live TX’d content;

•M2A’s Live Capture solution is accurate at a frame level;

•Assets are delivered within 10 minutes of confirmation.

Andy Burnett, director of online technology & operations at ITV, commented: “After a successful proof of concept, ITV chose M2A Media to move its Late & Live workflow into the cloud. The ability to replace the original adverts in live programmes, combined with the need for seamless joins and accelerated encoding with fast turnaround made this platform a great fit for ITV’s needs. Partnering with M2A Media to evolve the product features has resulted in a market-leading solution.”

Marina Kalkanis, CEO of M2A Media, added: “Our Live Capture solution is designed to help content owners better monetise content and improve viewer satisfaction. What greater endorsement of the service than ITV’s decision to choose our product to deliver some of its biggest, highest rating blockbuster shows. It is fantastic working with the ITV team to push the boundaries of technical innovation and once again, M2A is proud to be at the cutting edge of the shift in broadcast technology.”