Joop Janssen, former President & Chief Executive Officer of EVS and former Chief Executive Officer of Vitec Videocom, has joined Aperi’s board of directors. “Joop brings a wealth of international executive leadership experience in the media technology and telecom sector,” says Aperi’s CEO Eugene Keane. “I am thrilled to welcome him to Aperi’s board of directors and I look forward to working with him.” 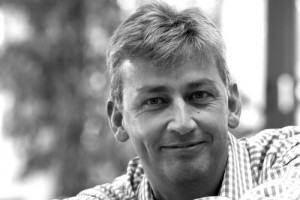 Joop Janssen is now on Aperi’s board of directors.

Aperi Corporation is a provider of virtual function processing for the broadcast industry. Founded by industry veterans from former Video Products Group (VPG) and Nevion, Aperi uses enhanced data center technologies to optimise workflow efficiencies and economies. The company says its App Store and Ethernet-connected SDMP microserver platform provides a software based ecosystem that enables broadcasters and service providers to invest in infrastructure that can be repurposed as needed to process new video and audio standards of the future within the stringent performance requirements of live television networks.

“Aperi’s team is fantastic,” says Janssen. “Over the last two years they developed a unique packet-based compute and switch platform that is so powerful that it brings datacenter economics and agility to Live TV content production.”

The beauty of Aperi’s solution, he adds, is the instant re-programmability of the broadcast processing functions and the extreme low latency thereof.

“It enables media companies to spin up and down channels or other resources in a matter of minutes,” he says. “Essential attributes in the new multi-screen viewing era. I am looking forward working with the Aperi team to make this overdue transition in our industry happen.”

With more than 25 years of experience in creating value in the high-tech media and telecom industries, Janssen is currently managing director, and the senior principal of Yoap Holding. Prior to his time at EVS, Mr. Janssen was Chief Executive of Vitec Videocom and served on the Group Executive Board of the Vitec Group Plc in the UK.

During his nine years with Vitec Videocom he was the architect behind its significant profitable growth and brand expansion including numerous acquisitions and breakthrough technologies (Emmy Award). Prior to that he was President of Phillips Broadcast (formerly BTS) North America, where he was instrumental in the successful divestment to Thomson Multimedia and the subsequent acquisition of the Grass Valley Group.