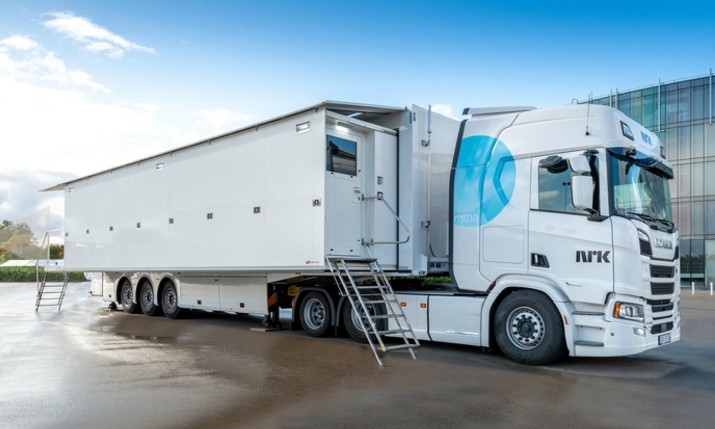 At the same time, two LT4610 3G/HD/SD multi-format video sync generators were installed in the apparatus room. These will be used to generate reference sync, test patterns, logos, safe-action and safe-title markers as well as audio test tones.

The LT4448 auto changeover unit will be used to monitor critical channels during the production process.

The OB24 unit is 13.6 metres long and weighs 26 tonnes. It has 24 dedicated workplaces and comprises a camera control suite, a slow-motion video effects facility, two production galleries, an audio control suite, plus an apparatus and server room.

OB24 is being used by NRK for coverage of various winter sports including biathlon, slalom and ski jumping. Alongside its single-side expansion, the truck features protective fold-down roofs on the expandable side and entrance platform and interior floor heating in readiness for deployment in a cold climate.

The LV5350 and LV7300 also incorporate Leader’s CINEZONE and CINELITE. A focus detection algorithm enables the two instruments to sense edges across a very wide range of image contrast levels.

You can watch a timelapse video of OB24 being constructed below