RT Software will use NAB 2019 to showcase two major product releases including a broadcast version of its sports analysis tool Tactic Advanced. 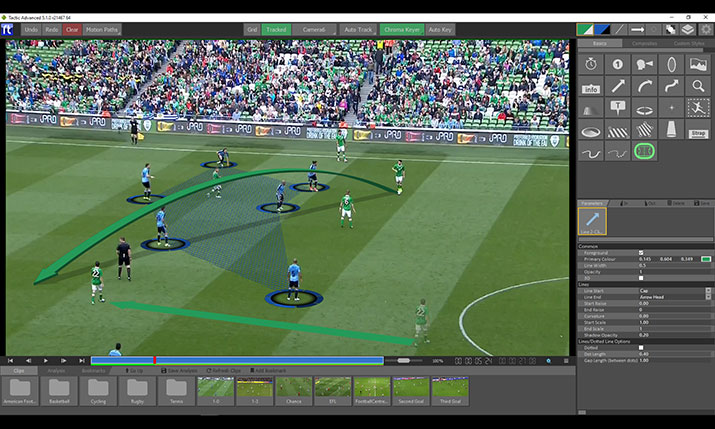 It also included options for operator or presenter-led control and for working with live video or files from a replay server such as an EVS or Grass Valley’s Live Touch.

The other new release is an on-air graphics tool called Swift.

Graphics can then be distributed across the broadcast chain to be used live in the studio, in edits on the NLE timeline, to playout and to production switchers.

Other product enhancements from RT Software at NAB will include the integration of the Unreal 3D renderer into its Virtual Studio Renderer and dual channel capability for Swift and its 3D graphics solutions.