News broadcasters to be recognised with IBC International Honour for Excellence 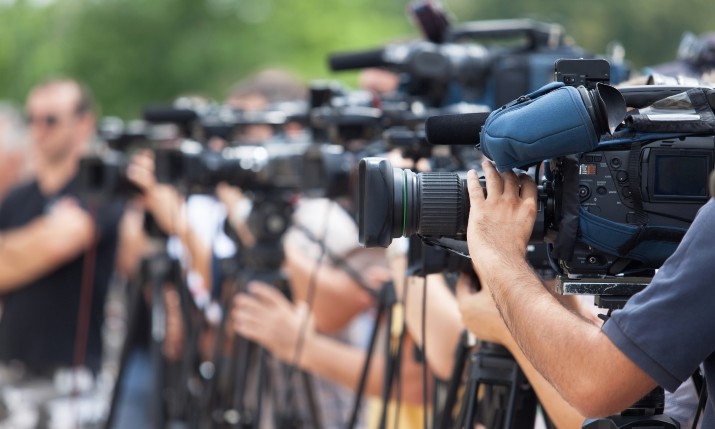 For the first time in its history, IBC will present its highest award, the International Honour for Excellence, not to a single individual or organisation, but to the news broadcasters of the world.

The award comes in recognition for the key role journalists have played in educating and informing audiences during the COVID-19 pandemic, while operating under extremely challenging conditions. The award will be presented in a live stream on Friday, 11 September at 13:00 BST, with access available via the IBC Showcase.

Michael Crimp, chief executive of IBC said: “The need for investigative journalism to separate fact from rumour has never been greater and the news organisations of the world have been unfailing in their drive to ask the difficult questions. They have delivered clear, accurate and timely information, keeping audiences – even in isolated communities – informed about new regulations and complex science, while facing the same restrictions on travel and social distancing as everyone else.

“As the global forum for the broadcast and electronic media industry, it is important that we recognise the excellence that the world’s news organisations have consistently delivered during these challenging times and thank them for their dedication and service.”

The IBC2020 International Honour for Excellence will feature in a special programme, shown in the virtual IBC Showcase and hosted by BBC World News’ Kasia Madera.

The BBC’s Health Editor, Fergus Walsh will deliver a speech as part of a specially produced video featuring contributions from the leading news organisations, including the BBC; CNN; ITV News on behalf of ITN; NBC News International; TV Globo; and Zee Media.

The programme will provide an opportunity for news organisations to share insight into how they are operating in the time of a pandemic, shedding light on their challenges and how they have overcome them through new workflows and remote production solutions.

The presentation will also be made available on-demand through IBC365.

The Award – the IBC’s highest accolade – was introduced to recognise technical and creative innovation, for social change, for the exchange of knowledge and for industry game-changers. Past winners include Andy Serkis, Sir David Attenborough, Steve Wozniak and Ted Turner.

The IBC2020 International Honour for Excellence will be live on Friday 11 September at 13:00 UK time.