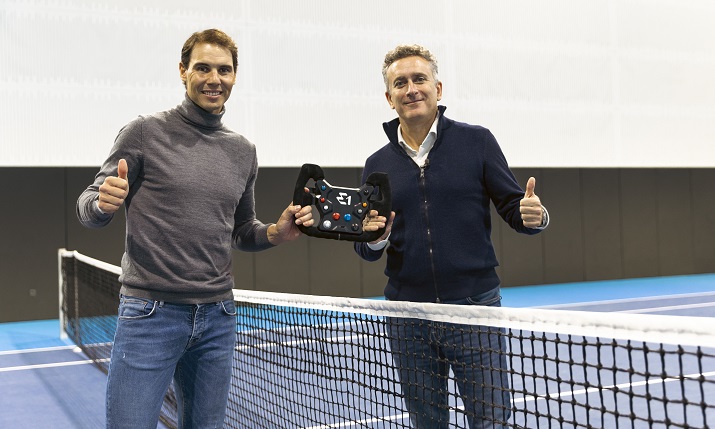 Rafael Nadal with Alejandro Agag, co-founder and chairman of E1

The 22-time Grand Slam champion will enter his own team for the inaugural season, which is set to get underway later this year.

Nadal said: “I’m really excited to be getting involved with a project like E1 that values sustainability and will make a positive impact on society as a whole, especially in coastal communities.

“I also like the fact that E1 has a clear mission and is committed to preserving marine ecosystems. As a professional athlete, I recognise how making marginal gains has a positive impact on performance. To see this same competitive spirit and approach being applied at E1 to optimise the performance and efficiency of sustainable marine mobility is good news for our oceans.”

Nadal will also be supporting E1’s Blue Action Programme, which has been designed to create a positive impact on local communities through projects aimed at restoring marine ecosystems along city waterfronts.

The Blue Action Programme will be led by professor Carlos Duarte, who, like Nadal, is from Mallorca. Duarte is also chief scientist at E1.

Alejandro Agag, co-founder and chairman of E1, visited Nadal at the Rafa Nadal Academy in Mallorca. Aga said: “It’s incredible news to have a name like Rafael Nadal join the UIM E1 World Championship. He’s not only one of the greatest tennis players of all time, he’s also a sporting icon who has transcended his sport. Speaking with Nadal, I immediately understood how important sustainability is to him and his passion for the ocean. E1’s mission is to accelerate clean mobility and restore marine ecosystems, which I know Nadal and his team feel strongly about.”

The first season of the UIM E1 World Championship is scheduled to get underway later this year.