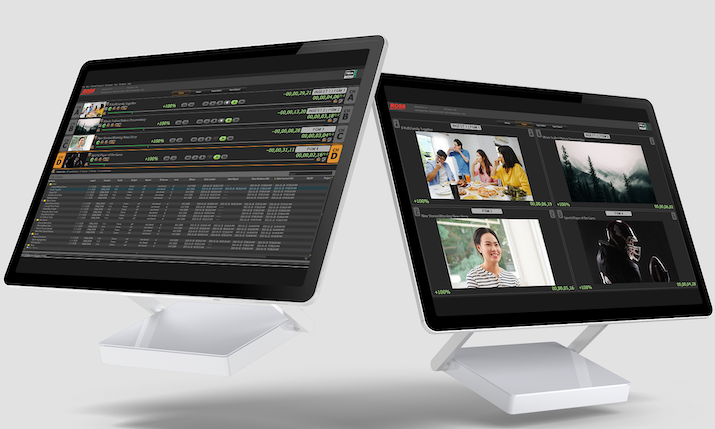 Ross has enhanced its video production server offering with the addition of the Tria Express Duet. A replacement for the current Tria Express product, Tria Express Duet is built on the same video hardware as its predecessor but expands the number of possible video I/O configurations up to 15 channels, providing greater flexibility.

Tria Express Duet also features a built-in multiviewer. In addition, a two-channel Tria Express Duet can be upgraded in future to four-channels (two record/playout with two payout only) via a software licence.

Michael Kljucaric, associate product manager for servers at Ross, said. “We believe that Tria Express Duet meets the need for a compact video server with between two and four channels. Fifteen preset channel configurations allow Tria Express Duet to be quickly changed from one operational mode to another and the added multiviewer – which can be undocked and moved onto an extended desktop computer display  – and highly intuitive user interface make it a delight to use. Combined with powerful standard features such as timecode chase and single-file architecture for fill/key and ISO-2 video content, the Tria Express Duet is the ideal solution for a wide variety of different workflows.”