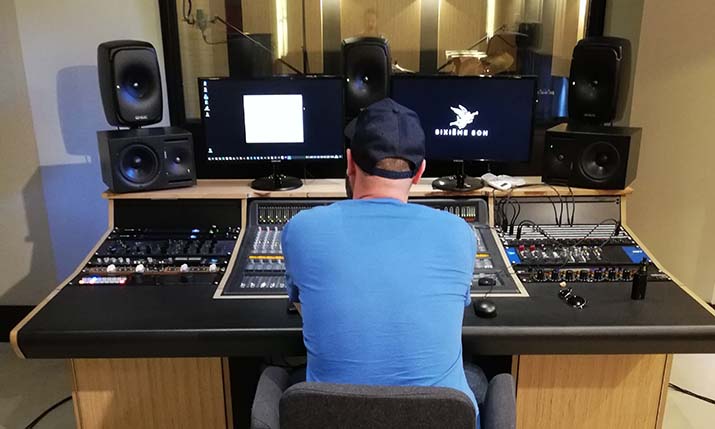 The company has moved from a 2.1 solution to a 5.1 setup based around Genelec Smart Active monitors

The French headquarters of Sixième Son has upgraded its studio facilities to a 5.1 setup based around Genelec Smart Active Monitors.

The studio decided to make the move from a 2.1 solution to a 5.1 setup comprised of three 8341A coaxial three-way monitors as LCR, a pair of the more compact 8331A coaxial models for the surrounds, and a 7370A subwoofer handling the low frequencies.

Discussing the reasons behind the upgrade, Ella Duda, international strategy director at Sixième Son, commented: “Although our equipment was high quality, we had some very technical requests which required state-of-the-art monitors. We had been using older Genelec models, which have served us incredibly well, so it was only natural that we sought out new monitors from the same brand. Like Genelec, we’re always looking for the finest sound quality so there wasn’t any doubt which brand we would go with.

Romain Morlat, studio manager at Sixième Son, added: “The need for a state-of-the-art system was accelerated mainly by the increase in demand for broadcast mixing for films. As such, we naturally gravitated to Genelec products due to their technical excellence, as demonstrated in ‘The Ones’ coaxial models that we’ve chosen. Additionally, their technology is compact without compromising the sound, so we could easily integrate their monitors into our space.”

With the new solution installed and people returning to a safe working environment, the team at Sixième Son are quickly getting to grips with their new monitoring setup.