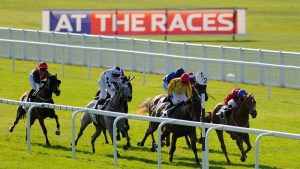 Sky is planning to launch a TV channel dedicated to horse racing later this year.

Sky Sports Racing will replace the current At The Races channel by the end of 2018 and will be made available in HD, produced from Sky’s studios in West London.

Coverage will include live racing from more than 650 UK fixtures plus selected overseas meets.

Included in the coverage will be Chester racecourse,  a very popular venue with punters and the home of the Boodles May Festival. Chester’s inclusion follows the agreement of a ten-year deal with Chester Race Company. Bangor-on-Dee races are also part of the deal.

Sky Sports managing director Barney Francis said: “We’ve seen a great reaction from our customers to launching dedicated sports channels and this takes us to another level. Horse racing is a massive sport that Sky has been involved in for two decades, now we will have a channel to give our customers more of what they love every day. Adding Chester and Bangor-on-Dee is fantastic news and we look forward to making Sky Sports Racing a new home for racing fans.”

Sky and Arena Racing Company are joint venture partners in ‘At The Races’ which first launched in 2000.

The chief executive of At The Races Matthew Imi added: “There is no better home for our new channel production facility than Sky Sports’ studios. We believe Sky Sports Racing is set to be a game changer for racing.|

Imi said he would be “presenting our plans in more detail” later this year.