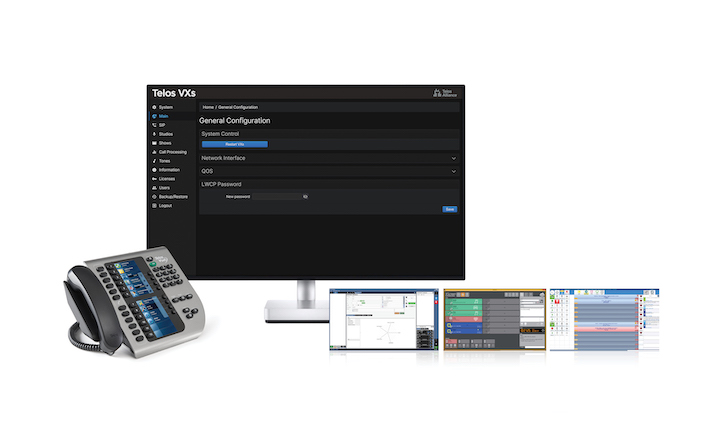 Telos Alliance has launched the Telos VXs virtual VoIP system to help broadcasters reap the benefits of true virtualisation as they adapt to changing broadcast workflows.

VXs software can be deployed on shared servers in a centralised data centre or in cloud instances, delivering the benefits of virtualisation, such as easier facility-wide upgrades, automated deployment and more, without site visits. Broadcasters can scale VXs in size from a single contribution audio line or a facility-wide IFB/co-ordination system, to a multi-facility solution.

For those without an IP media infrastructure, Telos Alliance AoIP Audio Nodes provide high-density AES3, SDI and analogue I/O to integrate with any console or intercom system, while providing an upgrade path to direct AoIP connectivity as the broadcaster’s facility evolves in the future.

When combined with the Axia Pathfinder Core PRO broadcast controller, broadcasters are able to create touchscreen-friendly custom HTML-5 panels to monitor and control every aspect of the VXs system from any web browser. Communications managers and producers can use panels to manage all the IFB, contribution and tech co-ordination lines in the facility. Producers can see the status and caller ID of each IFB line and even have the ability to call the reporter directly.