CE Perspective: The Transformative Potential of VR vs. 30 Video

Being able to look at a picture or video from 360 degrees is not a new thing. The Panorama effect is something that has been around for years. And we’ve been able to pan and tilt video since the days of Quicktime videos. But all of those things, thanks to the VR craze, have become something different. 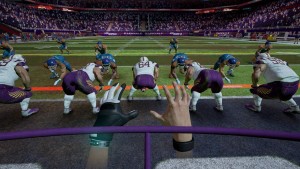 The VR revolution is just getting started.

First, they are more fun because, thanks to our smartphones, you can tilt the screen or swipe left or right with your fingers and explore the picture or the video faster than ever and also with improved resolution. It’s easier and it’s better than the old days.

The experiences are also more immersive, especially if you are doing it using a VR headset. A headset allows the boundaries of the screen/frame to slip away and the user can have the feeling that they are standing in the middle of the Sistine Chapel in Rome or inside the cockpit of a Formula 1 car or a fighter jet.

All of the above are examples of being in a real-world environment that was recreated by taking different images captured by cameras (still or video) and stitching them together to give the viewer the feeling that they were there.

But, as so perfectly explained by Thomas Neubert, CCO of Virtually Live, at the latest Sportel Asia in Singapore early this month, virtual reality is the digital representation of either something that is real or something that is not real. But in both cases it is recreated digitally and the user is then inserted into that digital environment and free to roam within it. Video-based VR environments typically stick the viewer in one location and, for all intents and purposes, nail their feet to the floor.

VR is, by definition, something that is not real and something that it is created for a certain purpose, whether it be entertainment, education, marketing, or social interaction.  And users can then interact among themselves by following the rules of this virtually recreated world.

So when the broadcast and production community heads to the NAB trade show in Las Vegas there will be plenty of discussion about 360-degree video. And some companies will even be exhibiting camera systems and VR video processing gear.

Those efforts will only increase the near term reality of a virtual reality movement that is based on 360-degree videos. And sports, in particular, is going to benefit a great deal from this new way to produce videos. Broadcasters and digital distributors will be able to give fans a new perspective of an event and, when a VR headset is added to the experience, the fan will be fully immersed in the event.

But until VR sports is enriched with the social elements that make being a fan at an event such a powerful experience it is not going to be a true VR experience. To have that, you need to be able to do the things you do in real life within a virtual environment. So that means, as mentioned earlier, the ability to talk to your friends virtually and also (somehow) be tied into social media platforms like Facebook or Whatsapp while wearing a headset.

I personally think that the true VR experience, when it arrives, will open up new possibilities like the ability to reach out to family and friends around the world and have them join you in a virtual environment to sit on a virtual couch and watch the big game. Or imagine being able to sit in a set of virtual seats not only in the stands at a golf tournament but four feet from the pin. And during the course of the golf event you can bounce around from hole to hole as a group, all the while talking to talk to each other and even seeing avatars that represent each other. And the virtual environment can allow you to look up statistics, player bios, and more.

But that all begins by recreating the whole game experience digitally…not simply relying on video images.

The VR movement is going to take time to mature but we will get there. It is inevitable that, someday, we’ll be able to watch a game in a virtual environment where all of the images are digitally created via data points instead of camera images. And when you add in social elements, proper full-haptic feedback, and more VR will fully deliver on the promise of delivering an experience that is better than the real thing.