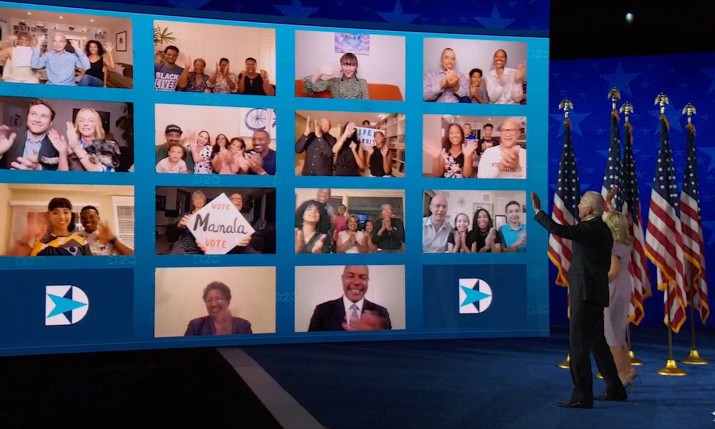 As the partner, LTN’s technology was used to combine audience participant feeds into a live video experience, enabling participants to unite at one of the most critical times in American history.

LTN’s Live Video Cloud (LVC) enabled a multitude of live streams to be taken from participants across the country before being distributed onto large onstage LED screens and into on-air production for channels including social media. LVC is a high capacity media-control console from LTN Command and is said to be one of the core technologies the DNC used to make the 2020 Convention diverse, dynamic and engaging.

“LTN Global’s technology enabled us to include audience reactions, despite being unable to gather in person,” said Andrew Binns, chief operating officer of the 2020 Democratic National Convention Committee. “Embracing virtual production meant we could engage live with many people who may never have been able to come to the Convention in person. We were able to include so many people across the country in a groundbreaking, historic event.”

Malik Khan, executive chairman and co-founder at LTN added: “In challenging circumstances for everybody, LTN enabled the Democrats to bring their convention to stakeholders, participants and audiences more powerfully than ever before. Using LTN’s innovative cloud based solutions, the DNC has set the precedent for the future of events no matter the format, theme or geographical location.”