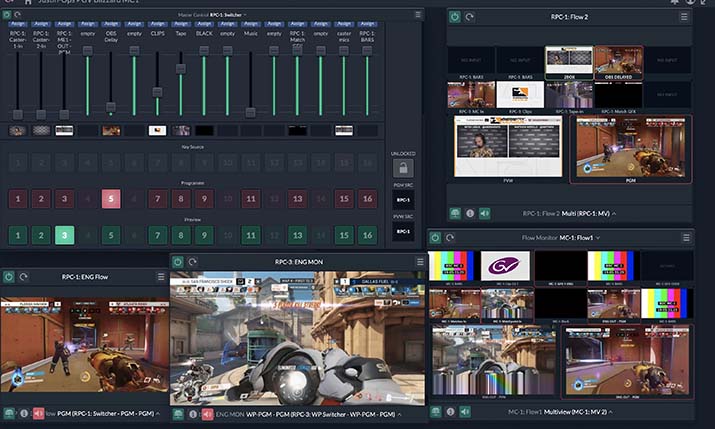 GV AMPP is said to allow production teams to flexibly create customisable workflows, with a variety of apps such as multiviewers, router panels, test signal generators, switchers, graphics renderers, clip players and recorders, all of which can quickly be deployed to support a wide range of workflows. Built on a microservices architecture based on five core technologies: fabric, timing, connectivity, identity, and streaming, Grass Valley claims that GV AMPP enables elastic media services and directly addresses many of the issues that complicate common IP and cloud deployments, delivering seamless network connectivity, timing and ultra-low latency.

GV AMPP is the core technology powering GV Media Universe, which Grass Valley describes as a comprehensive ecosystem of cloud-based tools and services. The platform is cloud native and cloud-agnostic, while supporting the processing of video/audio both in the public cloud, in a private, on-premise data centre, or in hybrid topologies. This flexibility and power will, the company believes, bring about a significant paradigm shift in live content production, allowing shows to be produced from any location.