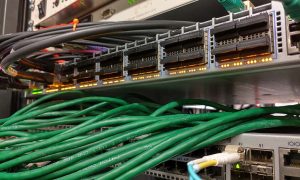 Native IP processing removes the need for conversion to or from SDI, reducing the amount of hardware needed as well as fully maximising the efficiencies afforded with IP contribution workflows. Production teams can spin up and down additional capacity as necessary, for example, during live events or breaking news.

C-200 decoders have been deployed for a customer project involving the company’s high-density decoder enabling more than 64 feeds decoded from MPEG-TS to 2110 uncompressed IP. The system, which has been deployed in 2U of rackspace, replaces nearly two entire racks of traditional SDI decoders.