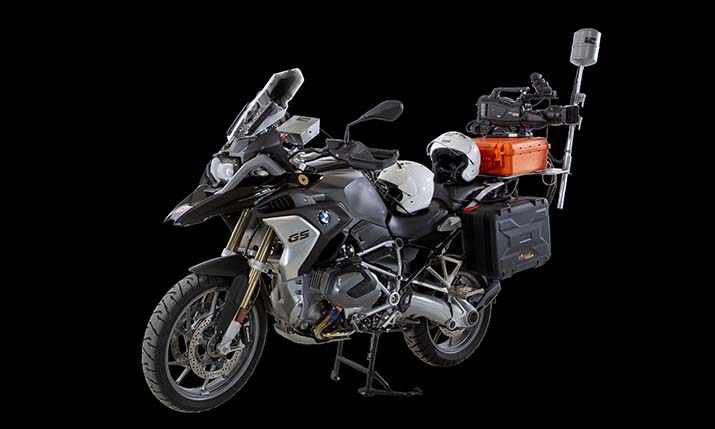 Broadcast Rental has said it invested seriously in the right materials to harness this motorcycle for live (sports) registrations; therefore, the designers listened carefully to all the advice from the people who ultimately work with it. As well as the BMW GS1250 Broadcast Rental has to offer, there are several kits available to rig additional motorcycles.

The motorcycle can be equipped with a classic RF system where the signal can be sent directly or via a relay to the destination. The talkback system is designed in such a way that both the driver and the cameraman can adjust the level of the four external inputs which can be connected to it.

In addition, it is also possible to integrate a bonding system (4 or 5G) for distribution using various telecom providers. To achieve an optimal interaction between the driver and the cameraman, a small monitor has been installed at the handlebar for the driver to see which shots are taken and respond to them. It is even possible to have full camera control including Tally during the live broadcast.