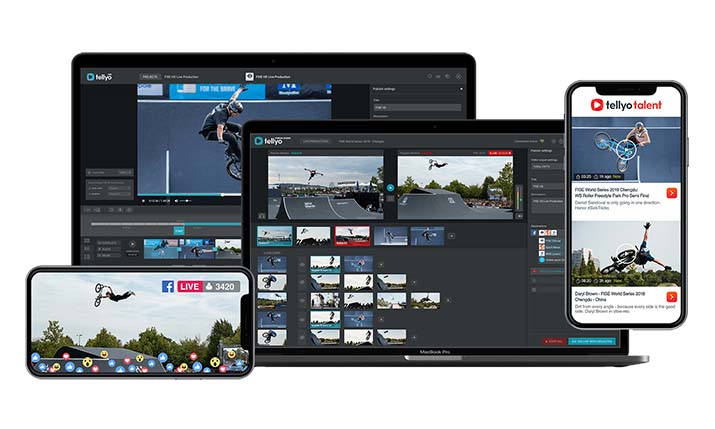 Tellyo has announced a host of new features for Stream Studio that it claims will make live event streaming easier, create a friendlier platform, and more efficiently connect everyone from production teams to global audiences.

New features include a production multi-viewer, which allows users to configure a mosaic view of multiple sources, such as live streams, scenes, web sources, including preview and programme windows. It can provide a director or operator with remote and parallel access to assets to inform real-time decisions.

Also new is the power to create instant replays from up to four sources and feed this into a live production. Tellyo believes this is ideal for a single-person operation or a dedicated replays operator, who could both utilise remotely and control from anywhere in the world.

Source routing is another new feature, where you can reuse your production set up from one event to the next. Instead of building everything from scratch per production, this facility frees up your team’s time by repurposing sources quickly, from screen layouts to dimensions and sources, according to Tellyo.

Also new is ‘re-entry with multiple mixed effects’, where users can create up to eight scenes (mixed effect units) and convert one scene into a source for another, reusing assets as and when required. Any changes to the design of a re-entered scene are applied everywhere it is used.

Also available, and exclusive to Tellyo users, is the Tellyo Talent App. This dedicated app lets you securely share premium video content with your talent, like athletes, actors, sponsors, ambassadors and influencers, so they can re-share with their fan bases and amplify content across social media.