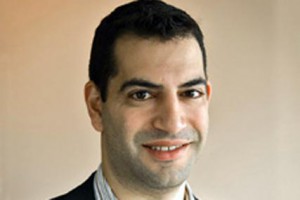 Daniel Danker, the BBC’s general manager, Programmes and On-Demand, sees growth ahead for the BBC iPlayer via next-generation technology developments.

In one 24-hour period during London 2012, traffic to the BBC website exceeded all that it received during the matches of the 2010 FIFA World Cup. On its busiest day, the Corporation delivered 2.8 petabytes of data, with the peak traffic moment – 700Gb/s – coming when Bradley Wiggins won Gold at Hampton Court.

“We really put our delivery ecosystem to the test during the Olympics, when we delivered a tremendous amount of content simultaneously,” says Daniel Danker, the BBC’s General Manager, Programmes and On-Demand. “Much planning went into ensuring that the BBC and its partners had the necessary capacity to cope with the load, and we were delighted to see how well it held up during the biggest connected broadcasting event of my career!”

Not just of Danker’s career, but anyone’s career, judging by the figures. During the Games the iPlayer achieved a record high of 196 million requests for content, while the highest-ever requests from mobile and tablet devices also came in August, delivering 22 million and 17 million requests respectively. Breaking that down further, 32% of requests were for live TV, 58% were from computers, 11% from tablets (up from 6% in a year) and only 1% were from Connected TVs.

It has to be said that the BBC has come out of the Olympics exceptionally well; widely considered a national treasure once more and even judged largely untouchable in the recent round of bad-tempered party political conferences. Much of that is down to its decision to provide coverage of every event at every time and much of that is down to the power and flexibility of its iPlayer.

“We’ve built a pipeline that automatically processes media, whether we receive it ahead of transmission or as it plays live on our broadcast channels,” says Danker. “Our pipeline is flexible, so it also supports online-only media, including short- and long-form content. We produce a variety of formats to support the huge breadth of platforms – over 650 so far – that BBC iPlayer is now on, including desktop, mobile phones, tablets, and connected TVs.”

Live services via mobile and IPTV are famously tricky, and it’s interesting to note that not all of the UK broadcasters offer it yet. Latency is one problem, though Danker says that the Corporation actually tends to err on the side of introducing a few seconds of latency in favour of reducing buffering and increasing breadth across a variety of devices. The other of course, is getting the video to the viewer, especially as the UK is only now starting to roll out 4G networks.

“With 4G, I expect that we’ll be able to use the very same profiles we offer to desktop and TV devices for use on mobile phones and tablets,” says Danker. “This will result in an even higher quality experience, without the need for the BBC to produce new encoding formats.”

That said, the Corporation made the effort to support 3G services a year ago, and has been surprised at how much take-up there is for them, with roughly 20% of iPlayer use on mobile via the networks.

“There are obvious challenges around quality, and we see a broad range of experiences and a bigger range of bitrates,” he says. “So, again we’ve made a trade-off, and enabled a set of encoding profiles that require less bandwidth, offering an experience with less buffering. Feedback suggests the streaming audience on mobile wants immediacy and access first, and picture quality second.”

Encoding is via the ubiquitous H.264. “The biggest benefit of H.264 is that it’s a standard,” says Danker. “But the video codec is just one part of a bigger picture. Other important elements are the way we package the content so it can be streamed or downloaded. Adaptive bitrate has been a valuable technology for reducing buffering, so when we look to the future we’re hoping to see more standards established there. Today, we have an assortment of technologies like HLS and HDS, and over time I hope to see convergence on a single format that works predictably across all devices. But we’re also looking forward to standards like MPEG-DASH, which can further consolidate the technologies in use.”

Certainly, MPEG DASH had a good IBC, with a real groundswell around the format that has the potential to bring the ‘create once/publish many’ paradigm to mobile devices. But technologists trying to plan for future sporting events – Rio 2014 and 2016 spring to mind – have a difficult task. As BBC Head of Sport, Barbara Slater, told the IBC Conference: “In 2005 when we started planning [for London 2012] there were no tablet devices, less than half of UK viewers were digital and Facebook was just embryonic. There was no such thing as Twitter!”

Nevertheless, Danker is confident about the iPlayer’s future. The pilot of its Global version, which extended its reach into a further 16 markets across Western Europe, Canada and Australia during the year, has in turn been extended and he sees the underlying technology improving all the time too.

“We’re really bullish about HTML5, H.264, and MPEG-DASH, all of which help us construct our content and experiences once and deliver across the greatest breadth of devices and platforms,” he says. “That said, with innovation always comes a degree of fragmentation. It takes time for new ideas to form and take hold. Our job is to push the limits, to continually delight audiences with terrific new experiences, and doing so at times requires a degree of flexibility and nimbleness with technology.”